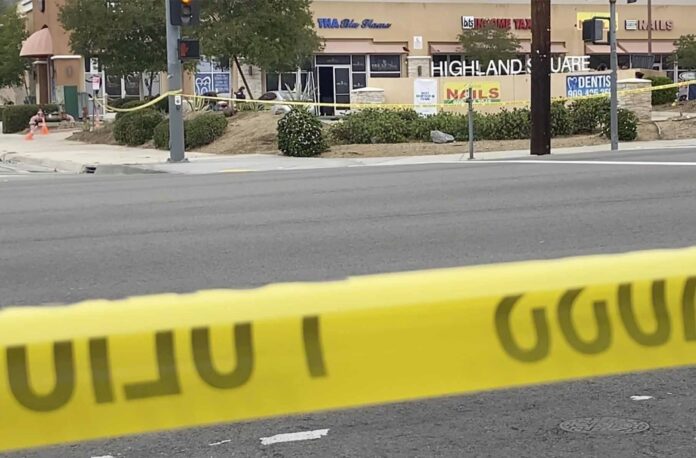 One person was killed and eight people were wounded during an overnight shooting at a party that drew about 100 people to a Southern California hookah lounge, police said Saturday.

San Bernardino police officers dispatched late Friday found the person who was killed outside the lounge, where the party advertised on social media was held in a strip mall in the city east of Los Angeles, Sgt. Equino Thomas said.

He said eight people who were shot and wounded were treated at hospitals. Some were taken to hospitals by ambulance and others went on their own, he said. Police said injuries did not appear to be life-threatening.

Police did not know if one or more people fired shots, no suspects have been arrested or identified and authorities were seeking the public’s help for information to help the investigation, Thomas said.

The shooting started inside the hookah lounge after an argument and people spilled into the parking lot, where more shots were fired, he said.

The victims did not seem to have been intentionally targeted, Thomas said.