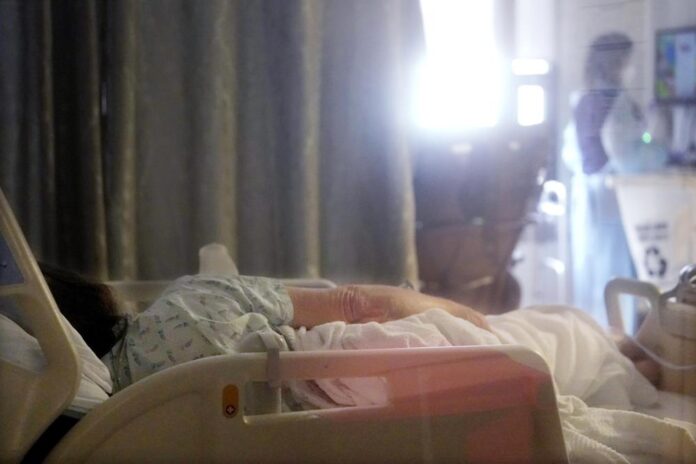 After examining records of more than 800,000 Canadian COVID-19 patients, researchers at the University of Alberta found death or readmission to be quite common among those infected with the virus.

In a study published on May 16 in the Canadian Medical Association Journal (CMAJ), the researchers said that this could happen to about 11 per cent of patients within 30 days.

“(The percentage) initially sounds high, but it’s actually about what we see for patients who are discharged from general medical units with pneumonia or influenza, who have a lot of other illnesses like diabetes,” Finlay McAlister, lead author and professor of medicine at the University of Alberta, told Global News’s Su-Ling Goh in a zoom interview.

According to the study, patients who died were older, with data showing that they were over 55, with multiple underlying health conditions, and were more likely to be male. They were also discharged with home care or to a long-term care facility, and had more previous hospitalizations and emergency department visits.

“It’s just the underlying disease process gets worse or the transition back to home doesn’t work very well…maybe there are not enough services at home or patients are more frail than was recognized either by the patient or the clinical staff. And the patients tend to be readmitted to hospital,” he said.

Hospital readmissions after COVID-19 are common and costly, according to the study. As a result, McAlister said knowing the readmission rate after COVID-19 hospitalization and the reasons why people end up back in hospital can help with health-care planning.

“Identifying risk factors for early readmission or death is important for doctors caring for patients and also for system planners trying to decide which patients need extra resources at discharge,” said McAlister in a press release.

Researchers looked at data on all adults hospitalized in Alberta and Ontario — the two provinces that make up half the population in Canada — due to COVID-19 between January 1, 2020, and September 30, 2021.

Fourteen per cent were found to be in the intensive care unit at some point during hospitalization and 18 per cent (8,496) died in hospital.

Eleven per cent of those who were discharged alive were readmitted or died within 30 days of discharge, the study showed and almost half of those readmissions were for pulmonary problems.

The study also showed that death and readmission was more common among the unvaccinated.

Of the patients who died or got readmitted to hospital, 91 per cent in Alberta and 95 per cent in Ontario were unvaccinated, according to the findings.

“One of the takeaway messages from the study…was that vaccines work…vaccines reduced hospitalizations by 78 per cent and reduced mortality by 60 per cent, so a huge benefit from vaccines,” said McAlister.

COVID-19 BA.2 spread appears to be slowing in Alberta, slight increase in hospitalizations: Copping – May 4, 2022

The authors noted in the study that their data did not capture cases of ‘long COVID’ or the effects of the virus that continue to impact patients for months after the initial illness.

However, McAlister said based on emerging evidence, vaccines seem to lower the chance of getting long COVID.

According to a new study published in The Lancet Journal in early May, COVID-19 survivors had a “remarkably” lower health status than the general population at two years.

At two years, 55 per cent still had at least one COVID-19 after-effect, according to the report.

“Our findings indicate that for a certain proportion of hospitalized COVID-19 survivors, while they may have cleared the initial infection, more than two years is needed to recover fully from COVID-19,” the researchers said.

The Public Health Agency of Canada and Statistics Canada said relatively little is known about the effects of long COVID, also known as post-COVID-19 condition, including how to diagnose it.

As a result, the agency launched a survey in early May to try to get a broad idea of how common it is for people to feel lingering effects after COVID-19 infection, which can be difficult to identify and even harder to track.

“There’s a lot of reasons to get vaccinated, not just to reduce the chances of getting acute illness…And we would anticipate once we have sufficient numbers, that we’ll see fewer readmissions in vaccinated individuals who recover from COVID,” he said.

The Government of Canada website states that as of May 13 vaccination coverage is high in Canada, with 84.86 per cent of the population vaccinated with at least one dose.

In the last two weeks, the government said 10,344 received their first dose, 27,388 completed their primary series and 140,796 12 and older received one additional dose.

McAlister said future research would be needed to study the trend of readmission in vaccinated people.

— With files from Global News Su-Lin Goh, The Canadian Press and Reuters