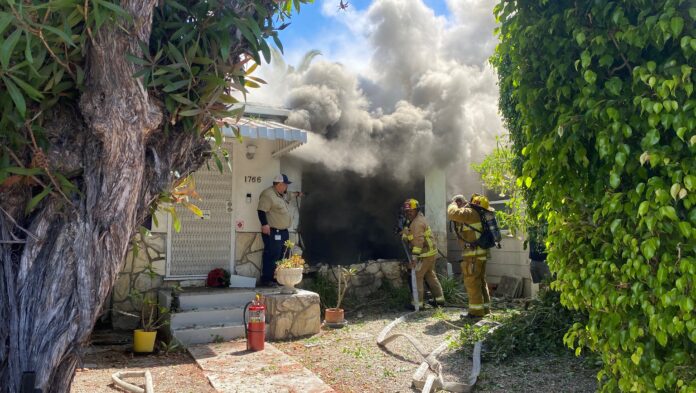 The woman whose California home was destroyed in the car crash that killed Anne Heche is suing the actor’s estate for at least US$2 million (approximately CA$2.6 million).

Lynne Mishele lived and worked in the Mar Vista rental home that Heche drove her Mini Cooper into on Aug. 5. As per court documents, Mishele claimed her house and possessions were obliterated as a result of the crash and subsequent “towering inferno.” Mishele, her two dogs and her pet tortoise were not physically harmed.

Heche, 53, died as a result of a “severe anoxic brain injury.” Sixty firefighters reportedly attempted to pull Heche from her car for at least an hour. She was conscious at the time, but later became comatose. She was declared legally dead on Aug. 12 and was removed from life support two days later.

In the lawsuit filed in Los Angeles last week, Mishele and her lawyers called the car crash a “horrific and tragic incident.”

The car driven by Anne Heche after the crash.

The legal filing alleged a blood analysis from Heche discovered the presence of cocaine and fentanyl in her system. (This allegation has not been proven nor publicly confirmed by police or law enforcement.)

‘Jeopardy!’ under fire for ‘distasteful’ clue about Gabby Petito murder

Though police were originally investigating the crash as an impaired driving incident, the investigation was dropped after Heche was declared brain dead. The coroner ruled the actor’s death an accident.

In August, Mishele shared a video to Instagram in which she called Heche’s death “devastating” and sent love to the actor’s family and children.

Mishele’s lawsuit is only the most recent legal action regarding Heche’s estate. The actor’s son, Homer Laffoon, submitted court papers requesting that he be allowed to administer his mother’s estate. Heche did not have a will when she died. The petition lists Laffoon and 13-year-old Atlas Tupper, Heche’s son with former partner James Tupper, as her only heirs.

Heche was the winner of a Daytime Emmy Award in 1991 for her roles as identical twin sisters in the NBC soap opera Another World. Heche also starred in the 1998 adventure comedy Six Days Seven Nights with Harrison Ford and played alongside Demi Moore and Cher in the HBO TV movie If These Walls Could Talk.

Later in her career, Heche starred as a senior member of the Defense Intelligence Agency in the NBC TV series The Brave and appeared on the competition show Dancing With The Stars in late 2020.