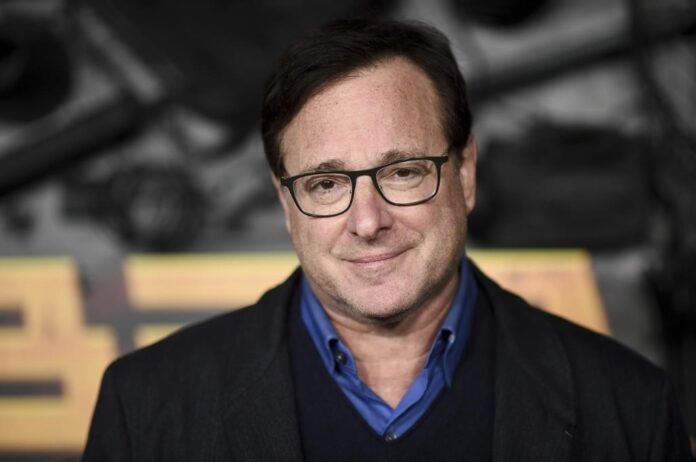 Saget, 65, was found dead in his Florida hotel room on Jan. 9 after he performed a comedy show in the area the night prior.

The report, released Tuesday, outlined in detail the last moments of Saget’s life and untimely death, while still abiding by a court-ordered permanent injunction blocking the release of additional information about Saget’s death.

Officers interviewed seven people, including the medical examiner, to map out a minute-by-minute recounting of Saget’s final hours, from the Full House actor’s initial arrival in Jacksonville, Fla., to when he was found dead in his Orlando hotel room.

The OCSO report notes Saget’s family requested the Orlando Ritz-Carlton staff do a wellness check on the actor after being unable to reach him on Jan. 9.

When authorities entered the hotel room, they found “no evidence of a struggle, any type of foul play, or that anyone else was in the room at any time during his stay,” the report says.

“Mr. Saget was lying on his back on the right side of the bed, partially covered by the sheet and bedspread, with his left arm lying loosely across his torso and his right arm by his side. The sheets, bedspread, and pillowcases on the bed were white and there were no signs of blood or bodily fluids on them or anywhere else in the suite,” the report says.

The report also noted minor swelling and a bruise over Saget’s left eye.

“No one entered or left his room, until security entered that afternoon at the request of his family,” the report says.

In an autopsy conducted the day after Saget’s death, chief medical examiner Joshua Stephany found “a fracture at the base of Mr. Saget’s skull, the evidence of bleeding around the brain, and demonstrated the transfer of force that broke the orbital bones at the front of the skull.”

The autopsy concluded the skull fractures were from “an unwitnessed fall backwards” and impact with “the posterior aspect of his head.”

The final report claims in an interview with police, the examiner Stephany “explained that the amount of force necessary to cause the fracture, coupled with the fact that the skin on the back of the head was still intact, led him to believe that the injury was most likely caused by ‘something hard, covered by something soft,’ and he gave, as an example, a fall onto a carpeted floor.”

Stephany added this blow would have “stunned” Saget, causing dizziness, slurred speech and confusion. Investigators found no sign of specific places or items that could have caused this head trauma.

Before his death, Saget performed a comedy show at the Ponte Vedra Concert Hall, two hours away from his hotel. In the OCSO report, a Hard Rock Live employee told police he spoke with Saget in the green room before his performance. The employee said Saget was talkative and nothing seemed off.

A venue promoter was also interviewed by police and said Saget was “high on life” after the show. A production co-ordinator told police “at no point did I think anything was wrong,” and Saget “had a good time talking with everyone.”

Following the performance, the report alleges Saget arrived back at the Ritz-Carlton and spent nearly 10 minutes talking to a valet service employee. The employee asked Saget to take a selfie and the actor agreed.

The OCSO final incident report follows the decision of a Florida judge, who ruled on Monday that post-mortem photos of Saget will be permanently sealed and will not be shared with the public.

The injunction claimed 147 photos were taken at the scene of Saget’s death, 90 of which depict his body and personal items, ET reported. These 90 photos will remain sealed.