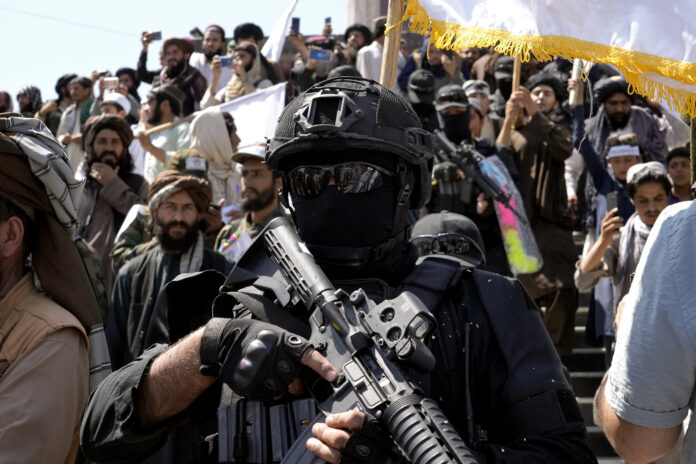 3:551 year under Taliban rule: What has changed in Afghanistan?

Major humanitarian groups are urging the Trudeau government to loosen its restrictions on working with the Taliban in Afghanistan.

The Canadian Red Cross, Oxfam Canada and Amnesty International are among 18 groups arguing that Ottawa has fallen behind its peers in finding loopholes for humanitarian aid while isolating the Taliban regime.

They say the Canadian sanctions are blocking their response to a humanitarian catastrophe in Afghanistan.

Afghanistan is a ‘disaster’ after a year of Taliban rule. What does the future hold?

The Taliban took control in Afghanistan in August 2021.

An estimated 23 million people are facing food shortages in the country, which is beset by droughts, a breakdown of health services and an economy in free fall.

The aid groups say anti-terrorism rules in the Criminal Code are preventing Canadian groups from getting supplies out of warehouses and into the hands of people in urgent need.

In June, a special House of Commons committee formed to study the humanitarian crisis in Afghanistan said Ottawa needed to amend those rules.

That committee noted the U.S., Australia, Britain and the European Union had all found ways to get aid flowing to the country.

The Liberals have not issued a formal response to that report, leading aid groups to decry what they call a “disheartening lack of urgency.”