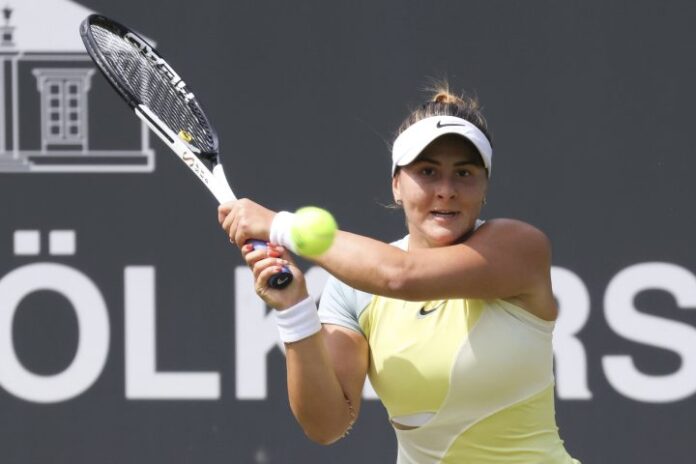 The unseeded Andreescu, who has yet to lose a set at the Wimbledon warmup tournament, needed 82 minutes to complete the victory.

Bianca Andreescu learning from 2021 disappointment, hoping to bounce back on hardcourt

The 13th-ranked Kasatkina double-faulted six times and won only three of 17 points off her second serve. Andreescu, the world No. 64 from Mississauga, Ont., converted five of six break-point opportunities.

The Canadian will face either fourth-seeded Simona Halep of Romania or sixth-seeded American Amanda Anisimova in the semifinals.

It will be Andreescu’s first appearance in a semifinal this season. The 2019 U.S. Open champion also reached the quarterfinals last month in Rome before falling to top-ranked Iga Swiatek of Poland.