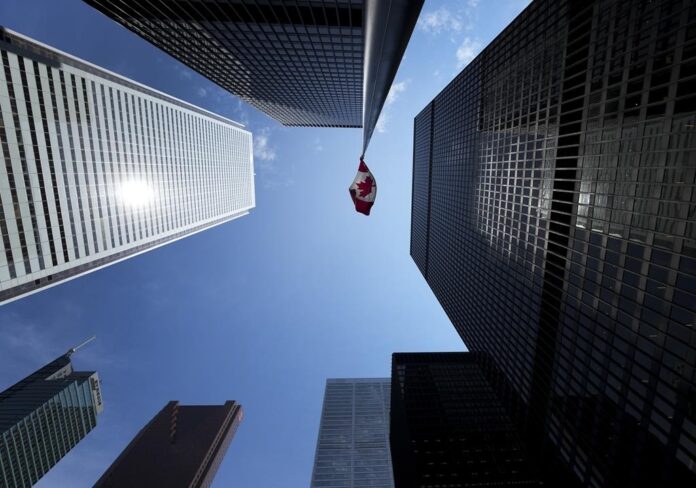 Lax merger laws in Canada underestimate the harm to competition caused by mergers and overestimate their benefits, a new report says.

Gaps in Canada’s merger laws have failed to prevent the kind of acquisitions that allow big firms to “extinguish competitive threats and entrench their dominance,” according to the Centre for International Governance Innovation.

Canada has fallen “way behind” other jurisdictions such as the United States, said Keldon Bester, a fellow with the centre and the author of the report.

Alberta to intervene in proceedings on Rogers, Shaw merger

He compared Canada’s existing regime to a set of faulty brakes. “Our laws today are like brakes on a car going downhill. We know we’re going downhill, but we’d like to go there a little bit slower,” he said in an interview.

The “permissiveness” of merger laws is especially concerning in the context of a growing digital economy, which is fraught with unique challenges, his report adds.

Mergers, which are transactions that see two companies combined into one, can be subject to review by Canada’s competition watchdog to determine whether they would be harmful to competition.

However, since the introduction of the Competition Act in 1986, the Competition Bureau has only ever challenged 18 mergers. And what’s especially alarming, the report says, is that the bureau has never won a challenge on final judgement.

A recent poll suggests Canadians are concerned about the state of affairs.

According to an Ipsos survey conducted in January, 88 per cent of respondents agreed that more business competition is needed “because it’s too easy for big businesses to take advantage of Canadians.”

The same proportion agreed that more competition between businesses could lead to more choice and lower prices for consumers.

The survey of 1,001 Canadians aged 18 and older was conducted between Jan. 14 and 17. Ipsos says its online results are weighted and are comparable to a traditional poll with a margin of error of plus or minus 3.5 percentage points, 19 times out of 20.

One of the issues with the Competition Bureau is the threshold at which it must be notified of a transaction, the CIGI report says.

That’s in contrast to the U.S., where the Federal Trade Commission is already notified of mergers that exceed a certain transaction value.

Early this year, the commission and the U.S. Justice Department announced a joint public inquiry to modernize merger guidelines so as to “better detect and prevent anti-competitive deals.”

By comparison, Canada is “way behind,” Bester said.

Another problem with the Competition Bureau is that “the bar to intervene in a merger is quite high,” added Bester, a researcher who studies competition and monopoly powers in Canada.

That’s because current laws take into consideration the increased efficiency that may come from a merger, he said. Harms from reduced competition are permitted if the proposed merger will lead to cost savings that are deemed to be greater.

There’s also a bias against blocking mergers outright, he said.

Instead, the laws favour negotiated agreements that include concessions or remedies that would address some of the competition concerns. These remedies don’t have to fully address the reduction in competition that would be caused by the merger, the report says.

The recommendations include expanding the range of transactions the Competition Bureau is notified of, extending the time window it has to block a harmful merger and changing the criteria used for assessing whether a transaction should be blocked.

The most high-profile proposed merger in Canada right now is arguably Rogers’s proposed takeover of Shaw, a prospective transaction valued at $26 billion.

Bester said that if Canada had stronger merger laws, the Rogers-Shaw deal would have automatically been “dead in the water” given the lack of competition in the telecommunications industry.

“If we had stronger merger laws, this merger wouldn’t be proposed in the first place.”

Nonetheless, Canada’s competition watchdog has been trying to block the deal, arguing that it will substantially lessen competition and lead to higher phone bills.

Rogers and Shaw are expected to appear before the Competition Tribunal in November, where they will argue in favour of the transaction.

Although the federal Liberals have made recent amendments to other parts of the Competition Act, Canada hasn’t touched merger laws — a problem that Bester blames on a “legal and financial apparatus” that benefits from their permissiveness.

“We really haven’t done anything today on the merger side, so Canada really is behind the ball.”