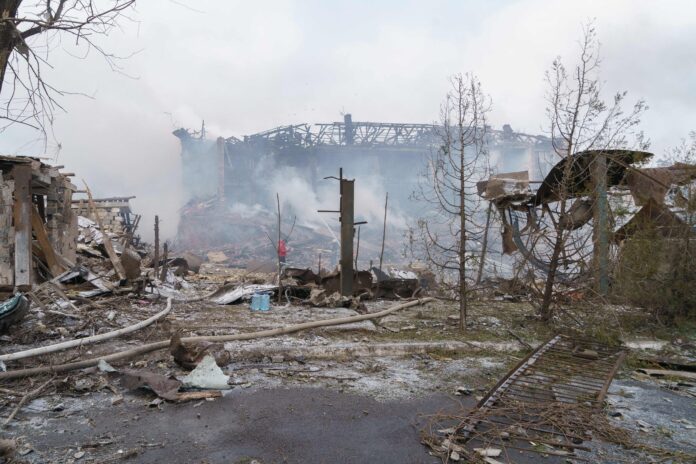 The UN human rights office said on Friday it had received “credible reports” of several cases of Russian forces using cluster munitions in populated areas in Ukraine, adding that indiscriminate use of such weapons might amount to war crimes.

The UN agency has dozens of monitors in the country and more are expected to arrive once a commission established by the Geneva-based Council to probe possible war crimes is operational. It has confirmed at least 549 civilian deaths in Ukraine since the Russian invasion began on Feb. 24, although says the real figure is likely higher.

“Due to their wide area effects, the use of cluster munitions in populated areas is incompatible with the international humanitarian law principles governing the conduct of hostilities,” spokesperson Liz Throssell told journalists in Geneva.

“We remind the Russian authorities that directing attacks against civilians and civilian objects, as well as so-called area bombardment in towns and villages and other forms of indiscriminate attacks, are prohibited under international law and may amount to war crimes.”

Cluster bombs are made up of a hollow shell that explodes in mid-air, dispersing dozens or even hundreds of smaller ‘bomblets’ over a wide area. Russia is not a party to a 2008 convention banning cluster munitions although is bound by international humanitarian law, particularly the prohibition of indiscriminate attacks.

Ukraine on Friday accused Russian forces of hitting a psychiatric hospital near the eastern town of Izyum. Throssell said reports of attacks on health centres in Ukraine were “shocking”.

A World Health Organization database showed on Friday that there have so far been 27 confirmed attacks on health care centres since the Russian invasion began, without naming the perpetrators. Russia has denied it has been targeting civilians in what it calls a “special operation” to disarm Ukraine.

Asked about a potential change in Facebook policy that would allow some users to call for violence against Russians and Russian soldiers, Throssell called it “concerning” and said her office would raise it with the company.