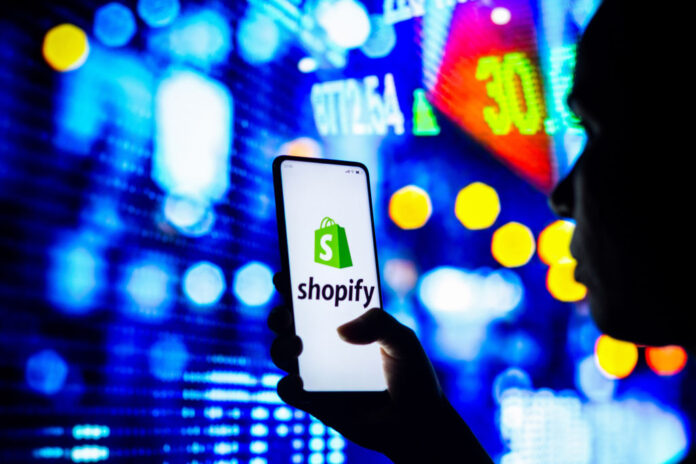 But in the past six months, shares of the Ottawa-based e-commerce giant have lost nearly 80 per cent of their value on the Toronto Stock Exchange.

So what went wrong?

The company reported last week it’s still increasing revenues, but that growth was the slowest of any quarter since going public in 2015. Its profits also missed analyst expectations. That same day the company announced the biggest acquisition in its history, a $2.1-billion purchase of a logistics company, as it plans an expansion to its fulfilment network.

“We see the current market landscape unwilling to reward high-growth companies like Shopify looking to sacrifice all profits at the expense of growth,” CFRA analyst Angelo Zino said last week.

Technology giants including Netflix and Facebook parent company Meta — companies that, like Shopify, saw massive gains during the pandemic — have seen their valuations plummet since the start of the year.

The tech-heavy Nasdaq composite’s loss of 25.7 per cent for 2022 so far is much sharper than that of other indexes.

It’s not just that companies themselves are seeing bumps in the road, it’s that the market itself has fundamentally changed, says Derek Dedman, vice president and portfolio manager at WDS Investment Management in Ottawa.

Here’s what some analysts say is behind the tech slump.

Inflation is at its highest level in decades in Canada and most other parts of the world, and central banks are largely moving into an aggressive interest rate hiking cycle.

Market watchers are concerned there’s a recession coming, Dedman says, which is driving investors away from so-called “growth stocks” like tech companies with higher valuations.

Bank of Canada hiked interest rates to ‘forcefully’ tame inflation. Will it work?

These stocks are the ones that tend to pull back “the farthest and the quickest when you-know-what hits the fan,” he tells Global News.

But the tech selloff isn’t necessarily a reflection of whether a company is good or bad, and Shopify is a “great example” of this, Dedman says.

Back in November when the company was trading at all-time highs of more than $2,200 per share on the TSX, the market was “pricing in perfection,” he says.

Today’s decline isn’t necessarily a reflection that Shopify’s fundamentals have changed, but an acknowledgment that the market won’t continue to grow the same way it had during the pandemic, when interest rates were low and online commerce was booming.

“Once a stock is priced for perfection like that, any kind of blip along the road, any kind of drop in earnings or any tailwind that turns into a headwind … is going to revalue the stock,” he explains.

“So it’s not that these companies are suddenly bad companies. It’s more about expectation.”

Cryptocurrencies and other digital assets are also rapidly losing value as of late. Bitcoin, for example, has lost more than half its value since its November highs.

Dedman says cryptocurrencies can be similar to tech stocks in that their value is more derived by expectation than underlying fundamentals.

“Once something’s soaring higher, it has kind of a farther drop to hit when times do change,” he says.

Some observers in the crypto space are undeterred by Bitcoin’s recent tumble and have encouraged others to “buy the dip” — picking up an asset when it drops in expectation it’ll climb back to previous highs.

Cryptocurrencies not a way to ‘opt out of inflation’, says Bank of Canada official

But others say the crypto market, which saw plenty of uptake during the pandemic, has yet to be fully tested by a rising rate environment.

“This isn’t the first time that we’ve reached this level, and the risk-reward ratio for picking up Bitcoin here has been very good in the past year or so, but we are seeing a different macro backdrop,” said Matt Dibb, COO of Stack Funds, a Singapore-based crypto platform, in an interview with Reuters.

Bitcoin and other crypto assets following the trend of traditional markets might not be the worst thing for the longevity of the products, however.

“From my perspective, two-way price action and occasional washouts are healthy for markets, including crypto,” said Brandon Neal, COO of Euler, a project that allows lending and borrowing of crypto assets.

“We’ve never seen crypto in a recession, and it’s anyone’s guess what will happen,” he added.

The turbulence in the market so far in 2022 might be off-putting to some investors who jumped into stocks during the pandemic, when rates were at their lowest mark and high valuations were all the rage.

A Morgan Stanley note to clients this week suggested that retail traders — direct investors who buy individual stocks or funds rather than working with portfolio managers — have largely seen their gains erased since January 2020, according to a Bloomberg article.

Dedman says it’s entirely possible that many investors who haven’t been trading through a rising rate environment are getting a “wake-up call” that the market has hit the “end of easy money.”

“I think for a typical retail investor, this is a more challenging time,” he says.

“Sometimes traders are trading more on momentum than they are on the actual fundamentals of the underlying company. And eventually the fundamentals need to kind of catch up to the valuation.”

While Dedman says there are some stocks that tend to perform better when rates are high — commodities and consumer staples, for example — it’s rarely a good idea to make big changes to your portfolio during low points in the market.

Investing remains a long-term game, and markets are cyclical. If your losses are a bit too steep for your risk tolerance and you need to re-evaluate, Dedman recommends talking to an adviser after the current lows have passed to get a mix that works better for your financial situation.

“One of the most dangerous phrases in investing is that, ‘this time is different.’ … We’ve been here before. We’ve gone through these times before,” he says.

“When you’re in the heat of it is kind of the worst time to make changes.”

— with files from Reuters, Associated Press

8:11Tips to maximize your money this summer