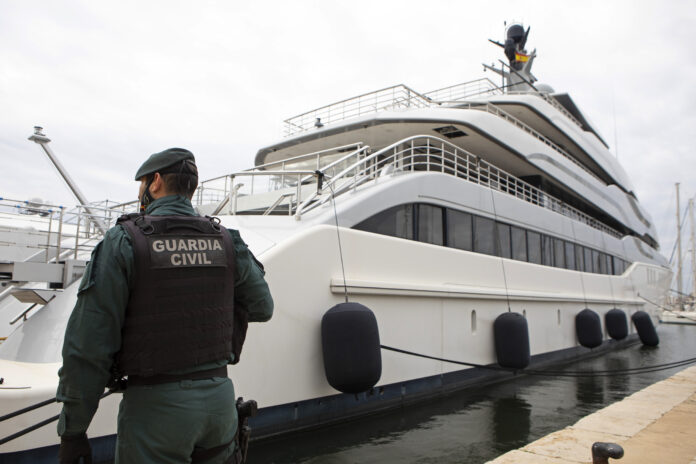 The European Commission is preparing new rules that would make it easier for EU governments to confiscate assets of oligarchs and other wealthy individuals hit by sanctions because of their ties with the Kremlin, according to officials and documents.

The legislative proposal, which is set to be unveiled on May 25 according to the European Commission’s provisional agenda, would create a common legal framework to punish people who evade or violate EU sanctions.

“We are working on a European tool to make confiscations possible everywhere in all EU states” against sanctioned individuals, the EU justice commissioner Didier Reynders told a news conference on Wednesday, adding that the ultimate aim was to redistribute proceeds from these confiscations to Ukraine.

The move is part of the EU’s strategy to cripple the Russian economy and punish elites close to the Kremlin after the invasion of Ukraine. The new rules would apply also to people sanctioned by the EU in the past over other crises, including Syria, North Korea or Iran.

Reynders said the new legal tool would make the breach or the attempt to bypass sanctions a criminal offense everywhere in the EU. That could for instance target people who try to transfer their assets to family members in a bid to shield them from sanctions, he said.

Canada is currently considering a bill that would allow it to sell Russian assets to aid Ukraine’s recovery. If it goes through, Canada would be the first G7 country to implement the powers, and is pushing for other countries to follow.

Many oligarchs’ assets are currently difficult to seize or even freeze because they are registered as belonging to family members or front people.

The EU has agreed asset freezes for hundreds of Russian businessmen and officials since the start of the Ukraine war, but implementation faces legal constraints and difficulties in identifying the real owners of assets, such as real estate, yachts or bank accounts.

EU sanctions currently only permit the freezing of assets of blacklisted individuals and companies. This in some EU countries still allows owners to continue using their assets.

The proposal, which is still being prepared and could be unveiled later than planned, would be the first step in a long process whose outcome is unclear, because it needs the backing of all EU governments, who have been traditionally cautious with justice reforms that would need changes to their legal systems.

The confiscation of assets is possible only when there is suspicion or evidence of a crime. In some EU states, Reynders said, the mere attempt to violate sanctions is a criminal offense, and therefore often allows authorities to rapidly confiscate frozen assets.

But in many other states that is not the case. Confiscations are therefore very rare and require long investigations.

Some EU governments, especially in eastern Europe, have called for oligarchs’ assets to be appropriated so that they can be reused to cover part of the enormous costs estimated for the rebuilding of Ukraine after the war.

— with a file from Eric Stober