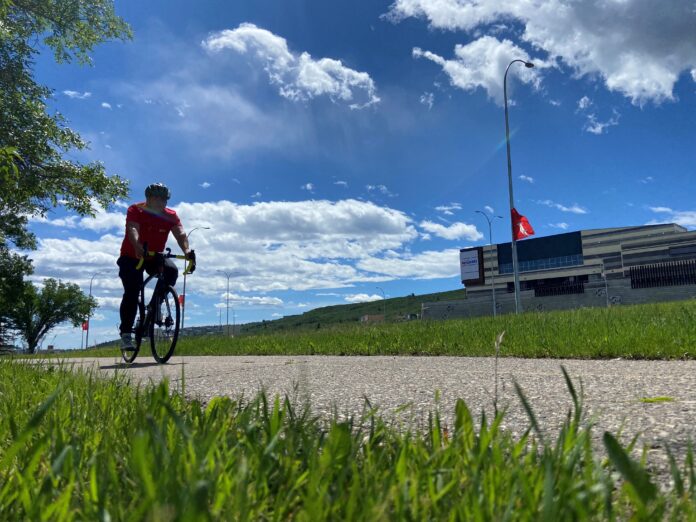 Adam Hoerdt was living an enviable life. He and his high school sweetheart had two young boys and they were happy.

But in June 2001, everything changed.

It took only seconds for his wife Jackie to collapse without any warning. He never had a chance to say goodbye.

The couple were playing softball at a baseball diamond in Ontario.

Jackie Hoerdt and her 2 boys.

“I looked over and saw her crumped in a pile.

“Even though there was a firefighter who was at the tournament and was, within 90 seconds, performing CPR, that was the last breath she took,” Hoerdt said.

“My one- and three-year-old boys were playing in the playground next to the diamond.”

For decades, what caused Jackie’s death was unknown.

A man died twice in one day and was diagnosed with sudden death syndrome. What is it?

It wasn’t until 17 years later that their oldest son, Greg, would suffer a serious cardiac event twice.

“After Jackie died, when Greg was 20, his co-workers found him slumped over on the desk.

“They used an AED and saved his life,” Hoerdt said.

“He had three more cardiac arrests in hospital. Six weeks later he was discharged and a defibrillator implanted in his chest to minimize risk of it happening again.”

Diabetes and heart disease risk are linked by the same genes, scientists say

Greg went too long without oxygen and has been left with extensive brain damage. He’s now living in long-term care.

Greg in his long term care home in Ontario.

Through testing, the family discovered both mother and son had arrhythmogenic right ventricular cardiomyopathy (ARVC). It is a genetically inherited heart condition.

“Doctors had the foresight and they saved a slide of Jackie’s heart tissue from 17 years earlier and they were able to genetically test and it came positive for ARVC.

“We proceeded with my other son, and Jackie’s siblings, and we have eight out of nine eligible members in those two generations with this condition,” Hoerdt said.

Lauren and Adam meeting in Calgary.

He is raising awareness by cycling across Canada in a campaign to create more connections.

“When I meet people with ARVC, I see the fear in their eyes that they have and that we still have.

“If we can make enough noise and raise enough awareness in medical communities, eventually there will be a cure,” Hoerdt said.

Lauren as a young girl.

Lauren Kluka is a Calgarian living with ARVC. She was an elite swimmer, but her career came to an end following her diagnosis.

“I remember so vividly when diving into the pool and having a run of arrhythmias and feeling like I wasn’t going to make it to the end of the pool. I thought: ‘I need to start working harder,’ and as a result that almost killed me,” Kluka said.

After the diagnosis, she had to alter her life by reducing exercise and physical activity.

Part of her purpose is to reduce the stigma of heart disease, especially after discovering her daughter also has the same condition.

Lauren and her daughter.

“It’s one thing for me have to go through this; it’s a whole other level when it’s affecting my daughter.”

She is inspired by Hoerdt and his efforts.

“To end the stigma is phenomenal and I am proud of Adam and how he’s taken his pain and suffering to do something good and so incredible on a global scale like this,” Kluka said.

Hoerdt said the hope is to also raise $75,000 to help families impacted.

The funds will directly enable the recruitment of a Fellow that will focus on advancing ARVC research at the Peter Munk Cardiac Centre.