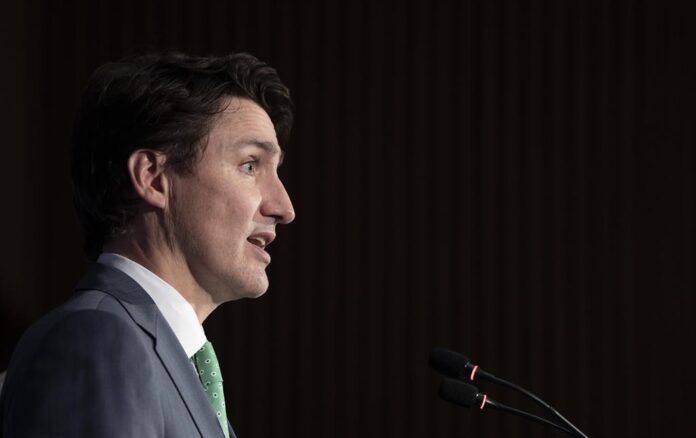 G7 leaders opened their summit Sunday with a discussion about shaping the global economy at a time when conflict and unrest are driving up prices and access to key goods around the world.

Trudeau arrived in Germany Sunday after spending four days at the Commonwealth Heads of Government Meeting in Kigali, Rwanda.

He was greeted at the airport in Munich by a musical Germany welcome party, including former Liberal leader and Canadian Ambassador to Germany Stephan Dion.

From there he boarded a helicopter to take him to Schloss Elmau, a luxurious secluded mountaintop retreat in the Bavarian Alps to meet with his G7 counterparts.

The fallout of Russia‘s invasion was at the top of Canada’s agenda at the Commonwealth meeting and is expected to dominate both the G7 discussions and the upcoming NATO Summit in Madrid, Spain on Wednesday.

G7 and other nations have closed ranks and issued sanctions against Russia since the invasion of Ukraine in February and have collectively spent billions to send aid and arms to the embattled country.

But Russian President Vladimir Putin has retaliated by reducing access to its natural gas supply in some European nations, including Germany, Europe’s largest economy.

“How we get there in the short term, how we build for the medium term, how we ensure that the long term is covered is exactly what we’re going to be talking about over the next couple of days. Not just with our fellow G7 leaders, but with leaders from around the world who will be joining us in Germany to tackle this very issue,” Trudeau said at a press conference in Kigali, Rwanda Saturday at the conclusion of the Commonwealth meeting.

India is not a G7 nation, but German Chancellor Olaf Scholz invited the country’s Prime Minister Narendra Modi to take part in the talks.

India, which has evolved as a growing market for Russian oil, abstained from a March vote at the United Nations to condemn Putin’s invasion of Ukraine.

Modi, meanwhile, opted out of attending the Commonwealth Summit and instead met virtually with leaders from Russia, China, Brazil and South Africa.

Trudeau said he’s spoken to Scholz about the need to invest in infrastructure to help wean Europe off of Russian oil, adding Canada can be part of the solution.

The prime minister has not yet said how Canada could help, but it will be the subject of the first session of the talks.

The session will also focus on the impact of rising prices on low-income countries, meeting the financial needs of Ukraine, shielding supply chains from economic shocks and geopolitical threats, the prime minister’s office said.

The conflict in Ukraine has also curtailed supplies of Russian and Ukrainian grain to some of the world’s most vulnerable countries.

Trudeau said famine will also be top of mind for the G7 leaders during their retreat in the Bavarian Alps.

Ukrainian President Volodymyr Zelenskyy is expected to address the leaders over the course of the three-day summit.