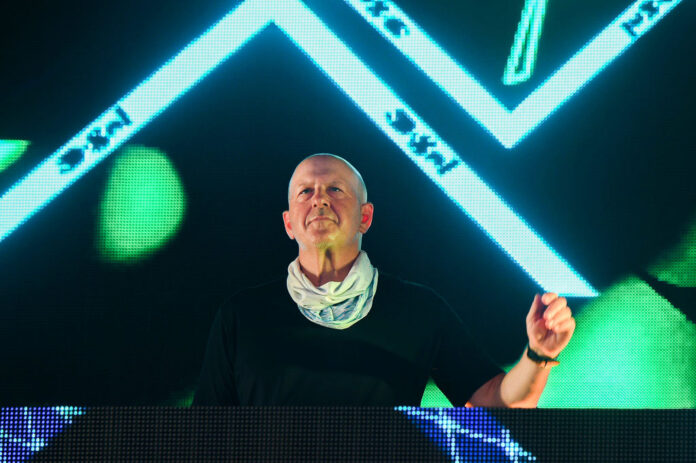 The CEO of Goldman Sachs, David Solomon, is set to perform at the Lollapalooza music festival in Chicago this year. He’ll be performing alongside headliners Dua Lipa, Metallica, J. Cole and Green Day.

The set list for Lollapalooza was announced on Tuesday and Solomon’s name can be seen in the fourth row from the bottom.

Solomon has been a DJ since 2015 and even founded his own record label, Payback Records, in 2018. Coincidentally, 2018 was also the year he became Goldman Sachs’ CEO.

On his Instagram page, Solomon, who used to perform under the name D-Sol, says he’s excited to play the festival for the first time. He plans to donate the proceeds he receives for the performance to non-profits.

In fact, all of the money generated through Payback Records and Solomon’s DJing career are donated to charities tackling addiction.

A spokesperson for Goldman Sachs told CNN that Solomon DJs about four to six events a year. Some executives play golf for fun, they said; Solomon DJs.

For someone DJing just for fun, Solomon pulls in great numbers.

According to his Spotify Wrapped, 3.8 million people listened to Solomon’s original music on the platform, amounting to 13.6 million streams in total.

His fans who follow his Instagram page expressed their excitement about his booking a Lollapalooza gig, with many commenting fire emojis under the announcement.

But some Lollapalooza enthusiasts have been left wondering why the festival is giving Solomon, a millionaire banker, a spot on stage. Reuters reported that Solomon earned US$35 million last year — effectively doubling his salary from the year before.

Joe Nice, a DJ from Baltimore, took to Twitter, writing, “Goldman Sachs generated record profits in 2021 during a pandemic where millions of Americans lost their jobs, health insurance, life savings, and homes.” He told festivalgoers, “When David Solomon “DJ D-Sol” takes the stage, walk out.”

The New York Times reported that Goldman Sachs did, indeed, make a record $21.6 billion in profits last year, though their fourth-quarter earnings dropped as it bumped pay for its employees.

This isn’t the first time Solomon has faced heat in his DJ career. In 2020, he opened for The Chainsmokers at a benefit concert in the Hamptons. The concert was later subject to a state investigation for breaking social distancing regulations.

Then-governor Andrew Cuomo commented on the incident, saying he was “appalled” at the “illegal & reckless endangerment of public health.”

A Goldman Sachs spokesperson defended the CEO, saying, “The vast majority of the audience appeared to follow the rules, but he’s troubled that some violated them and put themselves and others at risk.”

The 2022 Lollapalooza festival is scheduled to take place July 28 to 31 in Grant Park in Chicago.