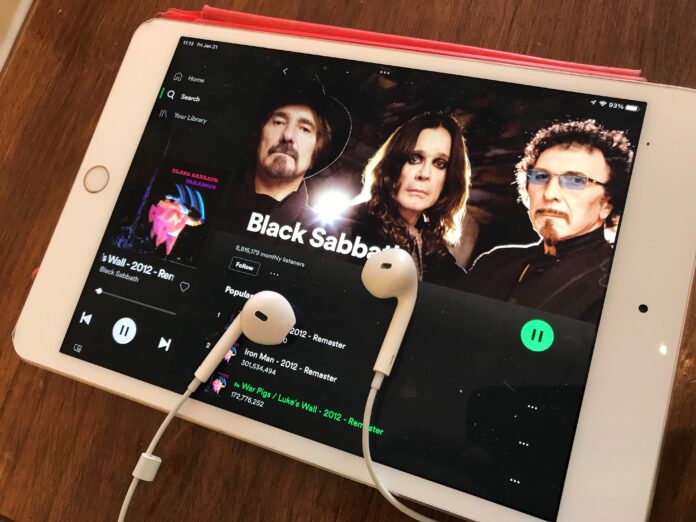 And up until recently, streaming music services weren’t helping, delivering audio in the old “lossy” formats. Spotify, for example, has an automatic setting that defaults to four different bitrates depending on the receiving device and the available data pipe: 24 (low), 96 (normal), 160 (high), and 320 kpbs (very high). Even at “very high,” that’s still less than a quarter of the data gush you get from a .wav file (2.4 MB/minute vs about 10 MB/minute).

There has been movement, however. Apple Music says it has upgraded just about everything in its library to lossless audio so subscribers can listen to songs “the way the artists created them in the studio.” (Gee, that’s exactly what my friends and I were looking for back in the day. Huh.)

Tidal has always been preferred by audiophiles who want to stream. Amazon Music HD, Deezer, and a few others are also streaming lossless files. Some charge more for the higher quality while others have just folded it into their regular streams.

Spotify’s version, Spotify HiFi, was supposed to have been released last year, but it’s been delayed indefinitely without explanation. You’d think that they’d be in a rush to offer a tier for which they could charge more or boost subscriber numbers. Nope. At least, not yet.

Yet here’s the thing: Does the average music fan care about higher-quality audio? Not when they spend most of their time listening on portable devices using earbuds or headphones tuned to over-emphasize bass frequencies (I’m looking at you, Beats). As far as the last couple of generations of music fans are concerned, compressed and awful music (my take) is what music is supposed to sound like. What’s more, is that it’s this level of audio quality that they find pleasing and beautiful. They don’t see the need for anything more.

Yes, data costs are a factor, but that’s only for over-the-air streaming. There’s always Wi-Fi. If you subscribe to a streamer, then you can save tracks onto your device so you can listen even if you’re not connected. And if you’re the kind of person who still rips CDs, there’s no need to compress anything. An 8 TB hard drive can be had for less than $200, and capacities keep going up as prices keep falling.

So far, offerings of better audio have been met with near-total indifference. I’m beginning to fear that the whole concept of CD-quality (or better) lossless audio for streaming will never catch on with the masses. And that would be a crime.

If you’re not convinced, head over to your nearest high-audio dealer and ask them to play a Hi-Res MQA-encoded version of The Doors’ Riders on the Storm on a pair of good speakers. The clarity of Ray Manzarek’s electric piano is frighteningly clear and nuanced, eclipsed perhaps only by Rob Krieger’s drums. I swear I’ve never heard a more accurate representation of a stick hitting a drumhead.

Just heavenly. Why would anyone want to deprive themselves of a glorious listening experience?