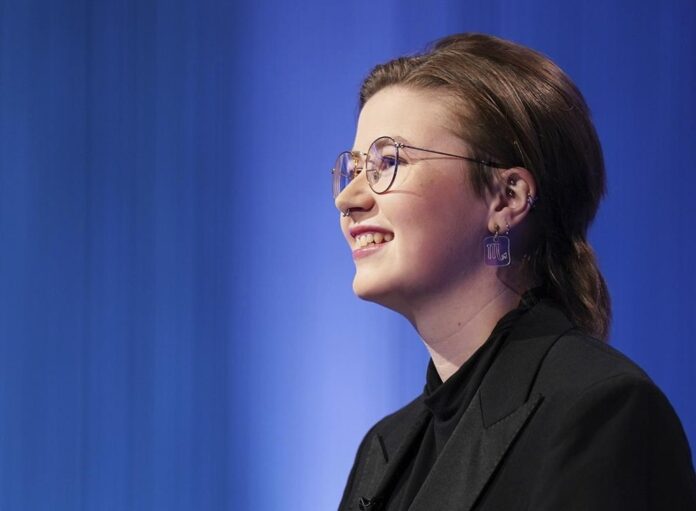 Mattea Roach always knew her record-breaking reign at the Jeopardy! podium would come to an end.

The all-time Canadian champion said her success on the show was as much about luck as it was trivia prowess.

“I just kind of felt like, why would I possibly be upset about this?” she said in a phone interview before the episode that ended her run aired on Friday.

“Obviously I would have preferred to have won. But I was always going to lose eventually, and most people lose their first game. I’m lucky I got to win 23.”

Mattea Roach’s record-breaking Jeopardy! run is over after losing by $1

She’s also had months to process the loss, given that the episode was filmed on Feb. 15.

“Any possible angle I could have dissected my last game from, I feel like I did in the week after I taped it.”

Roach came to the conclusion that things could have ended differently had she tweaked her strategy, but she’s opting not to dwell on it. She was lucky “so many more times” than she was unlucky, she said.

BA.4, BA.5 in Canada: What we know about the 2 new Omicron subvariants

And after weeks of media attention on both sides of the border, she’s ready to take a breath — something that’s gotten easier, given her US$560,983 in winnings. It’s the fifth largest haul of any contestant in Jeopardy!’s regular season.

The law school tutor will turn law school student in the fall. She got her first acceptance while taping the show and is still deciding where to enroll, but until then, she plans to take it easy.

“Maybe I just won’t really work more than part time between now and then,” Roach said. “And I’ll just enjoy a last summer of freedom.”

“There’s so much stuff that I have not done in my life yet, because I’m relatively young,” she said. “I haven’t traveled in a long time. I have money now, I guess. I can go places if I want to.”

She’s also looking forward to thinking about things other than TV and trivia.

“Before Jeopardy! I was in a place in my life where there wasn’t really forward motion,” she said. “And now I feel like, for reasons both related to and unrelated to Jeopardy!, that’s not true anymore.”

This report by The Canadian Press was first published May 7, 2022.