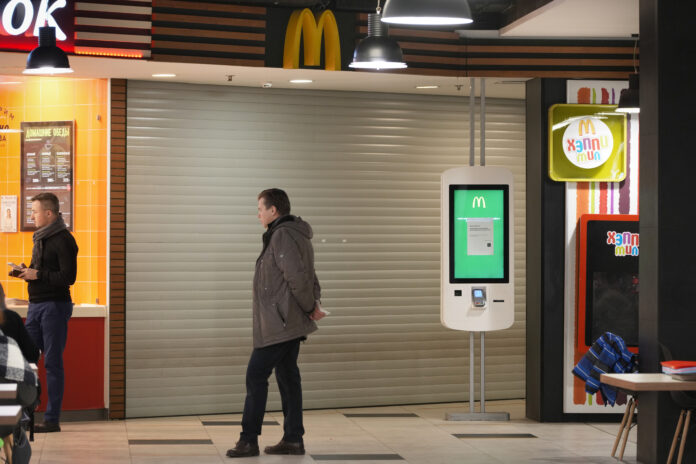 McDonald’s Corp said on Monday it would sell all its restaurants in Russia after more than 30 years, making it one of the biggest global brands to exit since the country’s invasion of Ukraine.

Last year it generated about 9%, or $2 billion, of its revenue from Russia and Ukraine.

The world’s largest burger chain had in March decided to close its 847 restaurants in the country, including the iconic Pushkin Square location in central Moscow.

Opened in 1990, the store was a symbol of flourishing American capitalism in the dying embers of the Soviet Union. More than 5,000 people had attended the opening.

Ever since McDonald’s shut its stores in Russia, it has been losing roughly $55 million a month to pay staff, landlords and suppliers for its restaurants in Ukraine and Russia, company executives had said.

0:57West’s ‘total hybrid war’ on Russia will affect everyone, can’t predict how long will last: Lavrov

West’s ‘total hybrid war’ on Russia will affect everyone, can’t predict how long will last: Lavrov

“It is impossible to ignore the humanitarian crisis caused by the war in Ukraine. And it is impossible to imagine the Golden Arches representing the same hope and promise that led us to enter the Russian market 32 years ago,” Chief Executive Officer Chris Kempczinski said in a letter to employees.

Earlier in the day, French carmaker Renault RENA.PA said it would sell its majority stake in Avtovaz AVAZI_p.MM to a Russian science institute, adding that the deal included a six-year option to buy back the stake. Read full story

A slew of other Western companies have also agreed to sell their Russian assets or hand them over to local managers as they scramble to comply with sanctions over the Ukraine conflict and deal with threats from the Kremlin that foreign-owned assets may be seized. Read full story

McDonald’s said it was looking to sell its restaurants in Russia to a local buyer, but will retain the trademark.

The company would ensure its 62,000 employees in Russia continue to be paid until the close of any transaction and they have future jobs with any potential buyer.

McDonald’s restaurants in Ukraine remain closed even as it continues to pay full salaries for its employees there.

(Reporting by Uday Sampath in Bengaluru; Editing by Sriraj Kalluvila and Arun Koyyur)