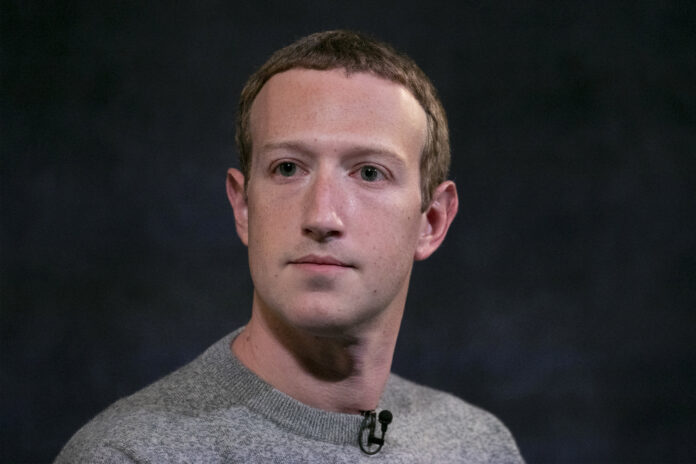 Just six months ago, Facebook owner Meta was urging Canadian workers to join the tech giant’s quest to “build the metaverse” with plans to add thousands of jobs in the country in a bid to aggressively scale its virtual reality ambitions.

Today, Meta and other tech companies occupy a different shared reality — going through waves of layoffs that experts say are an omen of a looming recession.

Meta to face antitrust charges in Europe over customer data use, sources say

Meta CEO Mark Zuckerberg announced in a letter to employees Wednesday that the company would cut 13 per cent of its global workforce, equating to roughly 11,000 jobs.

This marks the company’s first major round of mass layoffs in its history, and an about face from aggressive hiring plans during the pandemic: Meta’s headcount grew 39 per cent from mid-2021 to mid-2022, according to quarterly filings.

Canada was one market the company had tapped for expansion, announcing plans to hire 2,500 people nationally at an event with Ontario Premier Doug Ford in Toronto this past March.

Meta’s plans to hire in Canada have the tech sector worried. Here’s why

When asked by Global News how many positions in Canada would be affected or how many staff the company employs in the country, Meta spokespersons would not say, and instead pointed to public statements about the layoffs that did not include that information.

But Canadian staff in the company’s creative partnerships, client relations and human resources departments all posted about their layoffs on LinkedIn Wednesday.

2:40
CEO posts crying selfie to LinkedIn after laying off employees

Zuckerberg cited a lower revenue forecast tied in part to lower advertising dollars coming through the door and misguided bets that the future of e-commerce would keep its pandemic momentum reasons for Meta’s downsizing.

“Not only has online commerce returned to prior trends, but the macroeconomic downturn, increased competition, and ads signal loss have caused our revenue to be much lower than I’d expected,” he wrote in a statement Wednesday.

“I got this wrong, and I take responsibility for that.”

How to rebound from a layoff in Canadian tech: ‘Control your narrative’

Zuckerberg said the company would be shrinking its real estate footprint and reducing perks in addition to the job cuts. He wrote that the company is shifting its resources to “high priority growth areas” including the “long-term vision for the metaverse.”

Meta, once worth more than US$1 trillion, is now valued at US$256 billion after losing more than 70 per cent of its value this year alone.

Meta shares rose five per cent on Wednesday as investors cheered caution by a company that has been pinning its future on the metaverse with pricey investments that Zuckerberg himself says will take a decade to bear fruit.

But that vision for a virtual world where the Meta CEO pitched users living, working and playing online has been flagged as a risky venture by analysts.

The need to sink resources into the metaverse to achieve Zuckerberg’s ambition is part of the reason Meta’s stock has dwindled and its profitability has taken a hit, according to Daniel Tsai, a lecturer in business, law and technology at University of Toronto and Toronto Metropolitan University.

“This overinvestment on innovative but highly questionable technology, which hasn’t been popularized yet, is turning out to be a bad bet when they’re bleeding that much money,” Tsai tells Global News.

“And they have to respond by making deep cuts.”

4:24
Understanding the Metaverse and its future

Technology analyst Carmi Levy says the metaverse project might one day be a “light at the end of the tunnel” for Meta’s current financial woes, but it’s not there yet.

The company needs to “stabilize” its current social media business before going all in on an unproven concept, he says.

“The metaverse just doesn’t show the promise that Mark Zuckerberg promises it will. And as a result, we’re seeing the company cut back. They’ve got to reduce their spending while they navigate this very difficult period in its history,” Levy says.

The Meta founder’s letter rings familiar to those following similar market trends in Canada and beyond as fears of a recession bubble up.

Netflix, Microsoft, Snap and Canada’s Hootsuite and Wealthsimple have been among the notable names cutting jobs and joining the widespread tech downturn this year.

Like Zuckerburg, Shopify CEO Tobi Lutke cited a miscalculation in post-pandemic e-commerce trends as reasons for the Ottawa-based company’s layoffs in July.

Tsai says these tech executives miscalculated when they saw rapid online adoption during economic lockdowns. The lifting of pandemic restrictions saw a rush of demand for in-person services such as travel and dining out, which Tsai says was proof these big tech bets were either premature or flat-out wrong.

“I think that remains to be seen if that bet’s going to work. But this is a telltale sign it’s failing right now.”

Levy says the “broader industry trend” of cutbacks or hiring freezes right now is a precursor for downturns elsewhere in the economy.

When we start seeing declines and cutbacks from major tech players, that’s a sign that the wider economy is bracing for harsher weather, he said.

“Technology is that bellwether sector in the economy because it’s usually the first thing that we stop buying when we start getting nervous about our economic futures,” Levy said.

“As big tech companies start to resize themselves for this new reality, other sectors should be watching and paying attention.”

Meta is not the only social media platform downsizing — Twitter’s new owner Elon Musk slashed the company’s workforce when he took over late last month.

Musk, like Zuckerberg, has been vocal about the need to attract advertisers back to the platform and find new sources of revenue for Twitter to remain a going concern.

That will be no easy task in the months ahead, Tsai notes, as advertising dollars become “scarce” in a recession.

Companies looking to advertise on social media platforms are also increasingly turning away from the feeds of Facebook and Twitter and more to TikTok, he says, where a younger audience is engaged with “short, quick and entertaining” content.

Levy agrees with Tsai that both Twitter and Meta will have to step up to compete with the TikTok juggernaut.

Levy says that declining subscriber counts are affecting Facebook’s ability to generate strong ad revenue, while the controversy of Twitter’s new ownership — “the technological equivalent of a dumpster fire,” as he calls it — could make advertisers “leery” of being on the platform.

“The good times are over for social media,” he says. “For years, they could count on fast increasing user counts that the level of engagement continued to go up. We were spending more and more time in our feeds. We were much more engaged. And advertisers, of course, love that.”

As difficult as the layoffs and growing pains are for these social media giants, Levy says that if they are to survive, they’ll have to adapt their products to better serve their end users by delivering more relevant content and ads — a strength of TikTok’s algorithm, he notes.

“I think long term it is going to force these companies to maybe up their game. And we’ll end up with something better than what we’ve got right now,” Levy says.

— with files from The Canadian Press, Reuters