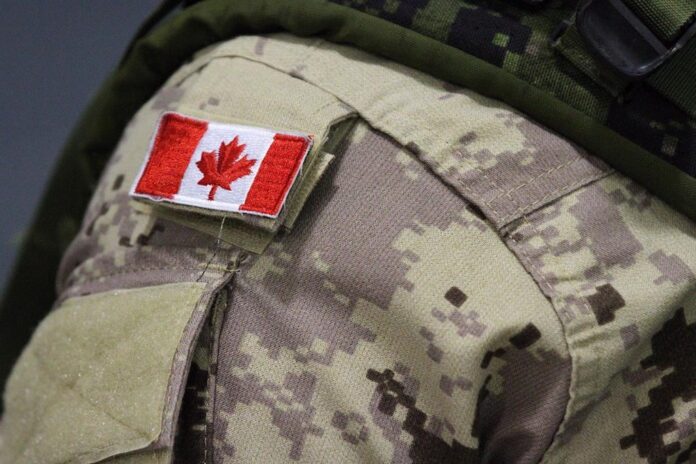 Conservative Leader Pierre Poilievre is demanding an end to the vaccine mandate for military members, but his health critic suggested the situation might need a more nuanced approach.

Last week, Poilievre called for an end to the COVID-19 vaccine mandate for members of the Canadian Armed Forces, saying it was “obviously unscientific and contradictory” to keep that rule in place while ending the requirement for those crossing the border into Canada.

On Tuesday night, Poilievre circulated a video on Twitter of those comments from question period in the House of Commons on Sept. 23 and repeated his call for the rules to be changed.

“Many of the men and women who want to fight to defend our freedoms aren’t even free themselves to serve their country,” he added. “End all the COVID vaccine mandates, now.”

As of Saturday, the vaccine mandate for those in the Canadian military will be the last one left at the federal level. While Poilievre in his tweet pinned the responsibility for lifting them on Prime Minister Justin Trudeau, the Department of National Defence says the choice is up to defence chief Gen. Wayne Eyre.

“This is a CAF leadership decision by the chief of the defence staff, based on advice from the Canadian Armed Forces surgeon general,” Defence Department spokesman Daniel Le Bouthillier said in an email.

“This is an institutional decision made to ensure operational readiness.”

No issues with how COVID mandate is being enforced in CAF: military ombudsman

In early August, Eyre told The Canadian Press that he planned to “tweak” the vaccine mandate for the Armed Forces in the next few weeks. At the same time, he defended vaccine requirements as necessary to keep the military ready to respond to any emergency.

On Wednesday, Le Bouthillier said the requirement remains and there is no timeline for changes.

Poilievre’s message on Twitter appeared to call for an end to all COVID-19 vaccine mandates for military personnel, but Conservative health critic Michael Barrett acknowledged some service members may need to get inoculated for operational reasons.

At the same time, Barrett questioned the requirement as a condition for military service in Canada, given the federal and provincial governments have lifted virtually all other mandates.

“So if there’s a specific operational requirement, that’s one thing. But I think that just as a condition of their employment, like anyone who works for the federal government, that that needs to be eliminated.”

The Tories have long fought against Ottawa’s vaccine mandates, but the party’s former leader also acknowledged the situation was slightly different for those in the military.

Ontario MP Erin O’Toole, himself a military veteran, told reporters in January, when he was still Opposition leader, that “there will be a requirement for many and most operators to be vaccinated” against COVID-19 because they have a duty to serve.

Lawyer Phillip Millar, who represents several Armed Forces members who have challenged the military’s vaccine mandate in Federal Court, accused the Liberal government of having used military personnel as “pawns” in their bid to advance vaccines in Canada.

Millar said the military can ill afford to lose hundreds of trained troops at a time when it is struggling with a severe personnel shortage just because they refuse to get their shots.

Poilievre, he added, “gets that the Liberal government is sacrificing Canadian security for a political policy that no longer makes sense.”

Millar, whose clients include Warrant Officer James Topp, an army reservist facing a court martial for publicly speaking out against military vaccine mandates while wearing his uniform, also accused the Liberals and military leaders of “trying to save face” by refusing to end the mandate.

The Department of National Defence said more than 98 per cent of Canadian troops complied with the order. Defence Minister Anita Anand was briefed in June that 1,137 remained unvaccinated.

Those who refuse vaccination face the risk of forced removal from the military. The department says 299 unvaccinated troops have been ousted while disciplinary measures have been initiated against hundreds more.

Asked why the requirement remains in place, Le Bouthillier said the military is different from other federal departments since it is a “force of last resort” that must be ready at all times to conduct domestic and international operations — including in places with limited to no access to medical care.

“In fact, we have members deployed right now in the Atlantic provinces, where they need to keep both themselves and the communities they support safe,” he added.