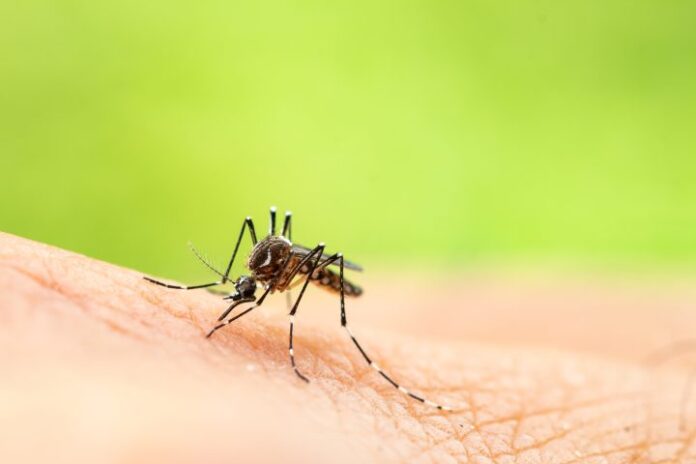 Are more mosquitoes bugging you this summer? You’re not alone.

Canada is buzzing with the pesky insects as parts of the country are seeing higher numbers than usual due to damp, hot weather, raising concerns for related diseases, particularly the West Nile virus in humans.

“It certainly seems … anecdotally that it’s a big year for mosquitoes,” said Manisha Kulkarni, a medical entomologist and associate professor at the University of Ottawa.

“We had a warm, wet spring, which seems to help the proliferation of mosquitoes in the early season and with the humidity that we’ve been having and the high temperatures, that’s likely to persist into the summer months.”

Warmer weather amid climate change means Canada could be in for longer mosquito seasons, which typically run from May to October each year, experts say.

And if mosquitoes are active for a larger portion of the year, that poses a “bigger risk” to human, wildlife and animals susceptible to mosquito-borne diseases, said Kulkarni.

“With climate change, the models and projections are just that we’re going to see a more and more northward expansion of these mosquito populations into more and more regions.”

A study published in the Lancet last year predicted that rising global mean temperature will increase the climatic suitability of malaria and dengue, particularly in already endemic areas in the African region, the Americas and the Eastern Mediterranean.

The population at risk of both diseases might increase by up to 4.7 billion people by 2070, the 2021 study showed.

Mosquitoes are on the move due to climate change, and they could bring diseases

Globalization and the climate crisis have also given rise to new vectors entering Canada that did not exist before, said Rosalind Murray, an assistant professor in the department of biology at the University of Toronto, Mississauga.

“We are starting to see new species of mosquitoes and with those species, we might start to see new diseases that they can carry or an influx of different types of diseases,” she said.

National mosquito surveillance data for this year is currently not available, according to the Public Health Agency of Canada (PHAC).

With data still being collected at the local and provincial levels, Murray said it is too early to know in the middle of the season if there are more mosquitoes in Canada this year. But some signs point to increased activity.

In British Columbia, observers in the Lower Mainland say heavier and prolonged rainfall has given rise to more mosquitoes this summer.

More rain in the city of Regina caused the mosquito population to climb to nearly three times the historical average last month. That number has dipped since then, according to the latest data from the city.

A peak in activity depends on local conditions and the type of species, experts say.

August is a big month for the main vectors that carry the West Nile virus — a mosquito-borne virus that can cause severe illness – Kulkarni said.

They tend to breed in standing water, such as clogged rain gutters, birdbaths or plant pots, she said.

Last week, the province of Manitoba confirmed its first human case this summer of the West Nile virus, which is endemic in parts of Canada.

“Once we start seeing those positive pools for the number of mosquitoes that are testing positive for West Nile virus that are collected at different locations, that’s when we start to have active mosquito control happening in areas as well,” said Kulkarni.

Some people are more attractive targets for mosquitoes than others, experts say.

Besides individual characteristics, such as the bacterial colonies on your skin and the amount of carbon dioxide we produce, behaviours also make a difference.

“The more that we’re breathing, being active, waving around, we actually attract more mosquitoes,” said Kulkarni.

Wearing darker clothing attracts some insect species, including mosquitoes, which is why light-coloured and thicker clothing is recommended.

Drinking alcohol also makes you a juicy target, said Victor Shegelski, a biological sciences lecturer at the University of Alberta.

While an encounter with the pesky insects is inevitable, there are measures people can take to protect themselves, including the use of repellents.

Murray advised using repellents that have DEET in them.

“They are most active at dusk and dawn, so that’s why that’s the most important time to make sure you’re covered,” she said.

Both Murray and Kulkarni warned against having standing water, which is a breeding ground for mosquitoes, around your property.

“They can breed in really small amounts of water, so if anything’s been left out for more than a few days, you want to make sure that that’s been emptied,” said Kulkarni.