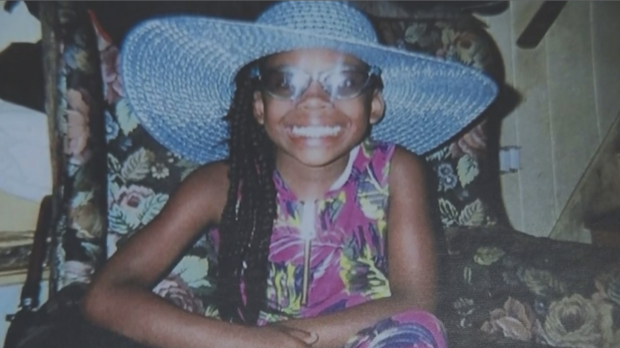 A Pennsylvania mother is suing TikTok and its parent company Byte Dance after her 10-year-old daughter died attempting the viral “blackout challenge” she saw on the app.

According to the lawsuit, on Dec. 7, 2021, 10-year-old Nylah Anderson was “excruciatingly asphyxiated” when she attempted the viral challenge, “which encourages users to choke themselves with belts, purse strings, or anything similar until passing out.”

On Thursday, the girl’s mother, Tawainna Anderson, filed the lawsuit in Eastern Pennsylvania. She is suing TikTok for multiple counts, including wrongful death, strict products liability and negligence.

TikTok has yet to respond publicly to the lawsuit.

She alleged her daughter saw footage of other TikTok users promoting the “blackout challenge” on her For You Page, a uniquely curated feed of content created by the app’s algorithm.

The lawsuit claims TikTok’s “algorithm determined that the deadly Blackout Challenge was well-tailored and likely to be of interest to 10-year-old Nylah Anderson, and she died as a result.”

Anderson claims a video on Nylah’s For You Page “prompted Nylah to hang a purse from a hanger in her closet and position her head between the bag and shoulder strap and then hang herself until blacking out.” Nylah was unable to free herself from the purse strings and was found unconscious by her mother.

Parents sue son for not giving them a grandchild, claim ‘mental harassment’

The girl was in the intensive care unit for several days until she died.

The lawsuit claims social media negatively impacts children and their mental health. The legal claim alleged the app preys “upon vulnerable users, such as children, who are thrust into a never-ending dopamine feedback loop which creates addiction and a compelling urge to engage further in the TikTok Defendants’ app.”

TikTok of B.C. dad hoping to see his cloud photo on TV gets millions of views

Nylah is not the first child to die attempting the blackout challenge.

In April 2021, an American boy died as a result of choking himself for the TikTok trend. Joshua Haileyesus, a 12-year-old from Colorado, was found unconscious and struggling to breathe in the bathroom of the family home.

“I want to hold this company accountable,” Anderson told CBS Philadelphia. “It is time that these dangerous challenges come to an end, that other families don’t experience the heartbreak we live every day.”

1:30How the ‘skull-breaker challenge’ has injured some teenagers