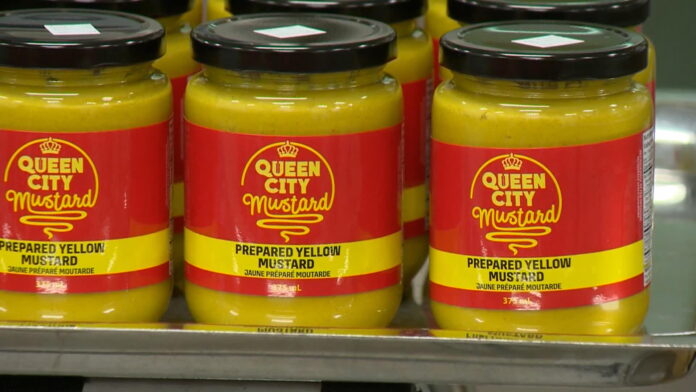 Could Regina be known as the mustard capital of Canada?

Those at Regina Exhibition Association Limited (REAL) certainly think so, and they may have a strong argument.

“Saskatchewan is the largest grower of mustard and the biggest exporter of mustard in Canada,” said Kirk Westgard, vice-president of agriculture for REAL.

“A lot of it is grown right here around Regina. You don’t have to go very far to see agriculture being produced and made in connection to a farmer.”

Aug. 3-7 has officially been named “spread the mustard” week by the City of Regina in celebration of the famous condiment.

“Anywhere in North America at any ballpark you go to, hotdogs and mustard are best friends and all that mustard is coming from right here in Saskatchewan,” Westgard said. When Westgard was asked if he preferred ketchup or mustard, he could only laugh.

To really cement the mustard capital, a new product has been created called “Queen City Mustard” which is currently available at the Regina Ex.

“Queen City Mustard highlights how important the crop is to the Saskatchewan economy and that it’s a staple of exhibitions everywhere,” REAL CEO Tim Reid said in a press release. “We want Regina to be Canada’s Mustard Capital!”

The 375 ml jars retail for $5 and are available at the Queen City Ex merchandise booth in the QCX Marketplace located in the hallway of the Viterra International Trade Centre (VITC).

All proceeds from Queen City Mustard will be donated to the Regina Food Bank.