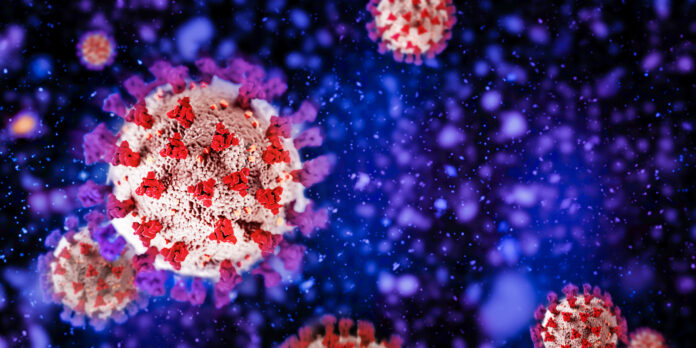 Although COVID-19 cases are declining across the country, chances of getting re-infected with the virus are still possible — especially from the omicron variant — experts say.

“As long as it’s transmitting in the community, there’s always a possibility,” Stephen Hoption Cann, clinical professor at the University of British Columbia’s school of population and public health, told Global News.

Getting Omicron more than once also seems more likely than with other variants.

“The Omicron variant, in particular, seems to be one that will re-infect people over and over again,” Kelly McNagny, professor of medical genetics at the University of British Columbia’s school for biomedical engineering, told Global News.

“It’s a little bit more like the common cold virus that tends to infect the upper airways, which is a place where you tend not to develop strong immunity easily.”

Unlike Omicron, other variants of the virus tend to infect someone deeper in the airways, according to McNagny. “I think that gave you a bit more protection,” he said.

5:03Reflecting on a positive COVID-19 diagnosis

Reflecting on a positive COVID-19 diagnosis

“The risk of reinfection from Omicron is much higher than any other previous variant,” Glover told Global News.

“A major factor that increases the likelihood of reinfection is the waning immunity from a previous infection or not being fully up-to-date with COVID-19 immunization, including additional doses,” she said.

Regardless of the variant, McNagny says being vaccinated will give a higher level of protection against reinfection. Aside from vaccination, bringing back mask mandates could also mean fewer people will be re-infected with the virus.

“That’s pretty clear,” McNagny said. “As soon as we started throwing the masks away, infection rates started going right back up again.”

In places where many public health measures have been removed, COVID-19 transmission rates rebounded, and so have cases of the flu, Canada’s chief medical officer of health, Dr. Theresa Tam, told reporters Friday during a virtual news conference.

“Personal protective habits help reduce the spread of COVID-19 as well as other risky transactions during diseases,” she said. “This is a reminder that our efforts are still needed.”

“Now, because we don’t have masks, you see this huge increase of flu in the population,” Horacio Bach, clinical assistant professor affiliated with the division of infectious diseases at the University of British Columbia’s Faculty of Medicine, told Global News.

“Masks are definitely the first line of defence,” Bach said, also noting the return of mask mandates would reduce the likelihood of re-infection. “I’m double-masked everywhere,” he said. “It’s my protection.”

Even celebrities like comedian Jimmy Kimmel have tested positive for the virus more than once.

In a Twitter update on May 17, Kimmel wrote, “I’m such a positive person, I tested positive AGAIN.” But, added that he was “feeling fine.”

Most provinces that responded to Global News including Alberta, Nova Scotia and Quebec were unable to provide reinfection data. Between May 8 to 14 in Ontario, there were 415 re-infection cases of COVID-19 reported in the province.

A spokesperson for the Northwest Territories also confirmed individuals have experienced re-infections there.

As of May 20, the seven-day average of daily lab-confirmed cases in Canada sits just above 3,564, down more than 60 per cent from the rate seen a month ago.

The number of Canadians seeking treatment in hospital for COVID-19 sits at 4,880 patients, down more than 20 per cent from two weeks ago. That includes 349 people being treated in intensive care units, a number that has now stabilized after falling through the first half of April.

The country is currently experiencing an average of 63 deaths per day. The rate has stayed steady throughout early May after steadily rising over the course of April. However, newly-confirmed COVID-19 cases have brought the national total to over 3.84 million cases and more than 40,600 deaths.

Since they were authorized in September 2021, 18,610,469 “booster” doses have been administered, according to available provincial and territorial data, meaning 48.7 per cent of the Canadian population has received three doses.

As of May 19, 90.4 per cent of eligible Canadians aged five and up have received at least one dose of the vaccine, while 86.2 per cent are fully vaccinated with two shots. Vaccinations for children aged five to 11 were approved by Health Canada last November.

— With files from Sean Boynton