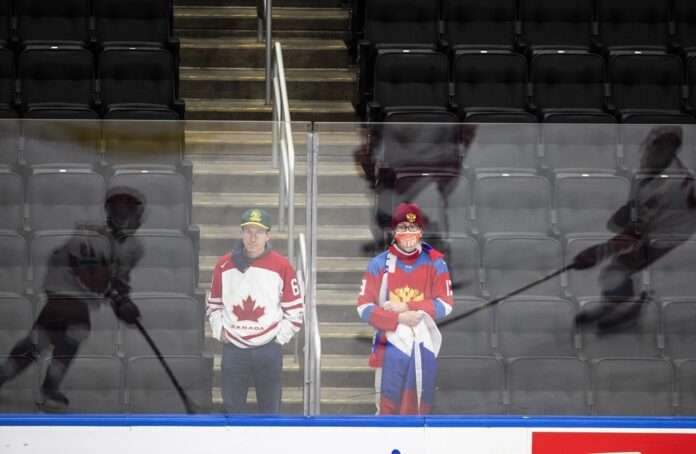 Organizers of the 2023 IIHF World Junior Hockey Championship say tickets to the $14-million event will be affordable and “Maritime-priced.”

The last time the tournament was held on the East Coast was in 2003 in Nova Scotia.

With less than eight months to go before this next hosting opportunity, planning the Moncton-Halifax event is on an expedited timeline.

“Normally we would be on a two-year timeline,” said Dean McIntosh, Hockey Canada vice-president of events and properties.

“But over the years, the model has been streamlined — even as the tournament has grown.”

McIntosh said the tight schedule gives less time to debate good ideas for the tournament, but it encourages organizers to “take action and go for it.”

The timeframe was a part of the reason the East Coast was selected to host the 2022 championship originally awarded to Russia, but rescheduled following the invasion of Ukraine.

“Halifax and Moncton had been working on the potential of co-hosting a world junior championship for the past two years,” MacDonald said. “We just expected it to be later in this decade.”

Hockey Canada is hoping that the tournament will be a success, and that even the smaller rinks will sell out.

MacDonald said capacity may be a problem.

“We may need to expand the fan experience beyond the four walls of both Avenir Centre and Scotiabank Centre.”

But, ticket sales are one of the first key pillars to get things going.

“We want to make sure that is affordable and that it is Maritime-priced,” said MacDonald.

The tournament is expected to cost up to $14 million, but Hockey Canada says it could have a $40-60 million economic impact between Nova Scotia and New Brunswick.

Both host cities are expected to need at least 150 volunteers in each market.

Nonetheless, those behind planning at Scotiabank Centre in Halifax are not worried about finding the necessary staff.

Suzanne Fougere, executive vice president of Events East, said a regular Mooseheads game takes “about 35 to 50 venue staff on any given night.“

“For an event like this, it will be closer to about 100 people on any given night,” Fougere said.

The event will run from Dec. 26 to Jan. 5, 2023. Tickets are expected to go on sale sometime this summer, when a volunteer recruitment campaign also begins.