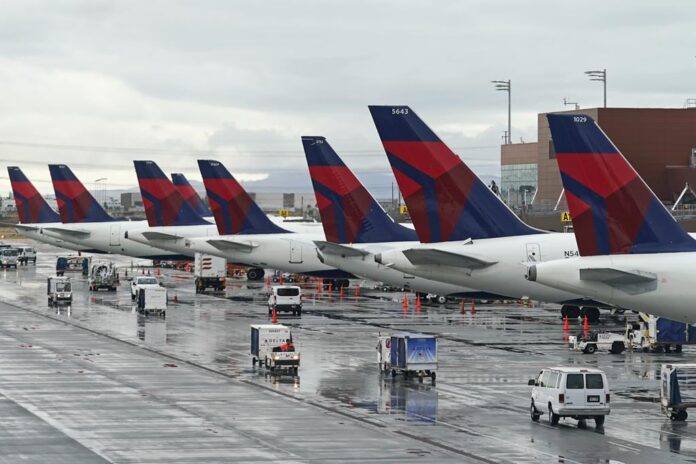 Tens of thousands of flyers had their travel plans upended Friday after airlines canceled more than 1,100 flights for a second straight day because of thunderstorms hitting the East Coast.

Another 3,700 flights were delayed by midafternoon.

Thunderstorms were causing delays averaging more than 90 minutes at LaGuardia Airport in New York and Newark Liberty International in New Jersey, according to the Federal Aviation Administration. The FAA said storms also could cause delays at major airports from Florida to Boston.

The dark side of winning the lottery: lucky ticket can cause new troubles, past winners say

About 1,200 U.S. flights were canceled Thursday– 4.6% of all scheduled flights, and the highest number since July 25, according to FlightAware.

Travelers have been hit with widespread cancellations and delays this summer. Travel bounced back faster than expected–to about 88% of pre-pandemic levels in July _ and airlines weren’t able to increase staffing fast enough. They have been cutting back on schedules in an attempt to make remaining flights more reliable.

Delays have been more persistent–above 23% in both June and July.