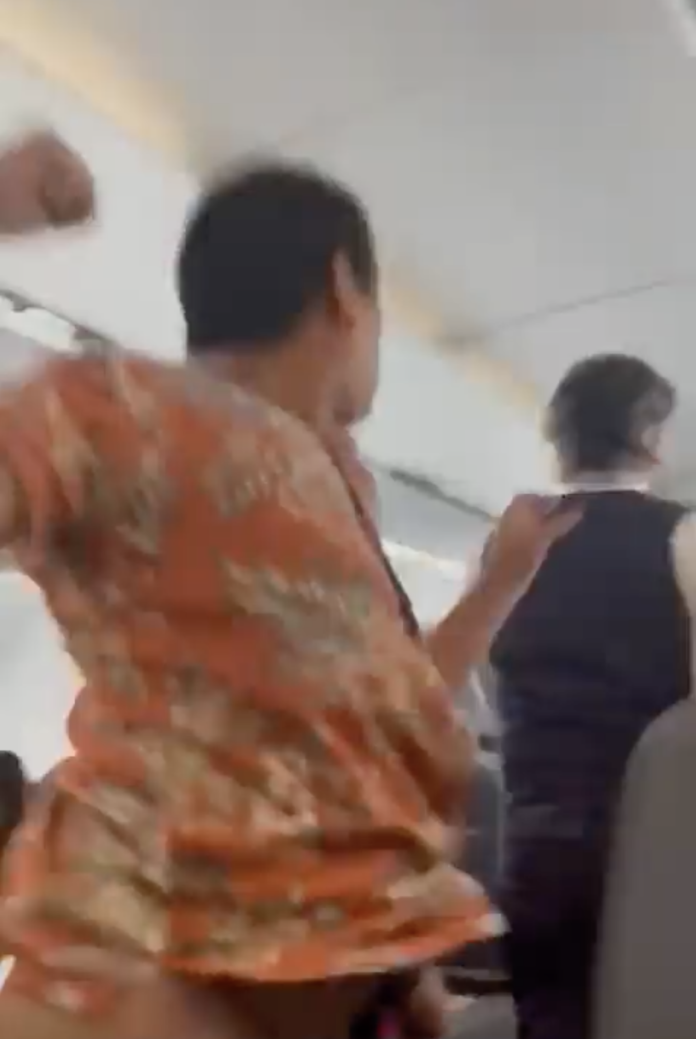 An American Airlines passenger who allegedly punched a flight attendant in the back of the head was detained by the FBI on Wednesday after the flight reached its destination.

American Airlines Flight 377 was en route to Los Angeles after departing from San José del Cabo, Mexico, when the mid-flight incident occurred. Law enforcement was waiting at the gate to arrest “an unruly passenger who physically assaulted a flight attendant,” according to the airline.

The FBI is handling the investigation into the alleged assault because it happened during the flight and thus falls under federal jurisdiction. The agency said the man was detained on suspicion of interfering with a flight crew — a federal offence.

The aircraft was able to safely land and taxi to the gate, where authorities were waiting, the American Airlines statement confirmed.

A video of the incident was shared on Twitter by Saad Mohseni, who said his friend Barrie Livingstone, a passenger on the flight, had filmed the violent encounter.

Mohseni claimed that the passenger became angry when the flight attendant refused to let him use the first-class bathroom.

2:12What Canadians should expect with air travel this fall

What Canadians should expect with air travel this fall – Aug 25, 2022

The attendant turns around and starts walking to the front of the plane when the passenger rushes into view of the camera, running after him. The passenger appears to sucker punch the flight attendant in the back of the head before immediately turning around and walking the opposite way down the aisle.

A producer for KFMB-TV, an affiliate of CBS San Diego, was on board the flight and spoke to witnesses who said fellow passengers helped restrain the suspect until the flight reached its destination.

The identity of the suspect has not yet been released.

American Airlines said it is working closely with law enforcement to investigate the assault and said the passenger in question “will never be allowed to travel with us in the future.”

“Acts of violence against our team members are not tolerated by American Airlines,” the statement reads.

American Airlines thanked crew members on board for dealing with the incident and added: “Our thoughts are with our injured flight attendant, and we are ensuring that they and their fellow crew members have the support they need at this time.”

In Canada, reports of unruly passengers on flights increased significantly in 2021, according to unions representing flight attendants at major airlines. Many incidents of passenger non-compliance were related to the mask mandate that was instated to protect passengers and crew during the COVID-19 pandemic.

Airlines reported 330 passengers to Transport Canada for refusing to wear a mask during July and August, which was double the number of incidents reported in April and May.