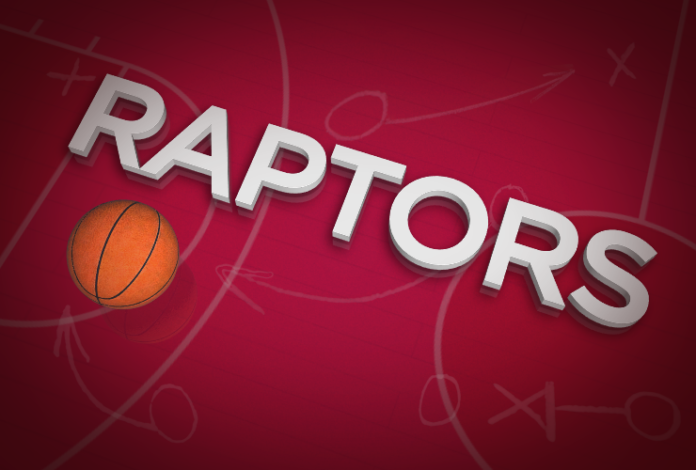 VICTORIA – Rico Hines can’t remember the last time he took a vacation. But he wouldn’t have it any other way.

While Hines worked for the Sacramento Kings for the past three years, the development coach had a strong connection to the Raptors through his summer runs, particularly with Pascal Siakam, who’s worked with Hines since his pre-draft year in 2016, and says Hines is “like family.”

In addition to attending Hines’ pick-up runs, Siakam trains with Hines during the summer. Shortly after Siakam’s breakout season of 2018-19, in which he helped lead Toronto to its first-ever title and was named the NBA’s Most Improved Player, Hines’ YouTube channel shared a mixtape of the work that Siakam had put in during the 2018 off-season.

“Obviously he’s someone that I’m really close to and having that voice and he’s always someone that can get you going no matter what, just with his voice, his presence,” Siakam said. “And obviously he knows the game. He’s been around great players over the years and I think just with a young group also, he just brings that swag, that energy that we all need.

“So, having them every single day, yeah, it’s a blessing to be honest, like it feels like summer every day. So it’s good.”

Hines, of Greenville, N.C., played at UCLA alongside fellow Raptors assistant Earl Watson. His first major coaching stint was in 2006 with the Golden State Warriors.

“He’s as good as there is in the business in player development, right? That’s a big statement,” Raptors coach Nick Nurse said. “Guys trust him. He can command an entire gym, not with just one player, but with 60 in it, sometimes. And he has a deep, deep passion for the game. He’s in the gym all day. He loves coaching and he loves making people better.”

He’s grown into a sort of basketball guru, with his off-season runs drawing the league’s biggest names to UCLA to play. His YouTube page has over 70,000 subscribers.

Siakam won the NBA’s Most Improved Player Award in 2019 after helping the Raptors capture their first championship, and soon after, Hines posted a mixtape of Siakam’s gruelling workouts in the previous off-season to his YouTube channel.

“It’s a great asset to have, a great relationship,” said Raptors guard Fred VanVleet. “He was already extended family — him and Pascal have a great relationship. But now for him to actually be wearing a raptor shirt, I think it just is the next step towards adding real talent to our development program and which was already you know, viewed as one of the best in the league.”

On the nights he hasn’t been at his best, Siakam credits Hines with reminding him to see the big picture, and be confident in the hard work he’s put in.

What makes a player coachable? Hines said he appreciates working with anyone who’s keen to improve.

“There’s just a pureness of a player wanting to be great, wanting to be the best person and the best player that they could possibly be,” he said. “I told (a Raptors player) today, ‘you prayed all your life to make it to the NBA, now you’re here, so why should (you) be upset or mad about anything, (you) should just work as hard as (you) possibly can and let the chips fall where they may.’”

“So, I think it’s just the conversations that you have with guys and they’ll feel your pureness and your passion for them.”

What can get a player kicked out of Hines’ summer runs? Refusing to run for two minutes at the end, he said. And the only way to get out of running is by being either a 15-year NBA veteran or a five- or six-time all-star.

“They love it man and younger guys help the older guys because they try to push them and vice versa. You know what I mean? So if it’s a vet in there who’s been playing a while and he get a young college guy around them, I’ll tell them to pair up and run beside each other and then have conversations. That’s how this thing keeps building man, conversations. It’s a great vibe and it’s a great tradition and it’s a wonderful place to be.”

Tip-ins: Khem Birch revealed Thursday that the knee injury that plagued him for much of last season turned out to be a torn meniscus. It was discovered when he had off-season surgery.

“Fifth, sixth game of the season, I remember my knee went to a balloon and I had a bone bruise. I didn’t know what it was,” Birch said. “I just thought it was a bone bruise and I thought it was going to go away. Then I broke my nose and all the swelling went down (and) I realized there was something wrong on the lateral side of my knee, and I was going to address it in the off-season.”

Birch said he underwent five or six MRIs, and the injury wasn’t detected on any of them.

“I decided to just play on it and fix it in the off-season.”

This report by The Canadian Press was first published Sept. 29, 2022.