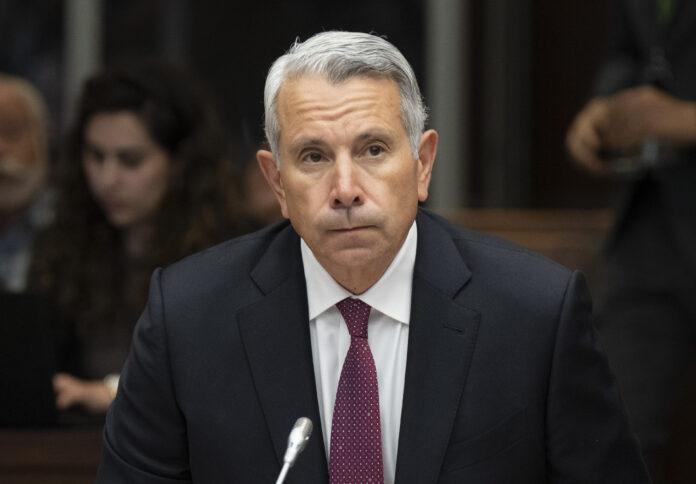 Rogers Communications Inc. is planning to spend at least $250 million to create an “always on” network that would guard against future outages, the company’s CEO testified to the House of Commons industry committee on Monday.

Rogers CEO Tony Staffieri opened his testimony to members of Parliament saying the company would do everything in its power — “and then some” — to restore the confidence of Canadians after an outage on July 8 disrupted cellular networks and payments for businesses.

Among major concerns was the inability for some customers to dial 911 or receive emergency alerts during the outage.

Part of this commitment includes plans to split the telecom giant’s network between wireless and internet components to create an “always on network” that would offer a degree of redundancy in the event of an outage.

“To be frank, this added layer of protection will be expensive. We estimate it will cost at least a quarter of a billion dollars, but we know it is the right thing to do,” Staffieri said Monday.

Industry Minister François-Philippe Champagne, who testified earlier in the day, gave Rogers and its industry competitors 60 days to come up with a solution for a seamless transition of connectivity between providers during an outage when it comes to 911 access.

Another ER death under investigation in New Brunswick, called a ‘tragic event’

With 45 days left on that ultimatum, Rogers’ chief executive was grilled Monday by MPs on the committee about whether the outage showed the need to declare telecommunications an essential service and whether telecoms should be a public utility in Canada.

3:39Rogers outage: MP asks Rogers CEO ‘you’re saying that with a straight face?’ during testy exchange over lack of competition

Rogers outage: MP asks Rogers CEO ‘you’re saying that with a straight face?’ during testy exchange over lack of competition

Liberal MP Nathaniel Erskine-Smith asked Staffieri if he considered the services the company provides to be “essential.”

“We do provide connectivity to millions of customers and to the extent that some of our enterprise and business customers have customers that rely on them, then we have a role to play in that,” he said.

“We fully appreciate the reliance that Canadians have on our network and the networks of our industry. And we take this responsibility seriously.”