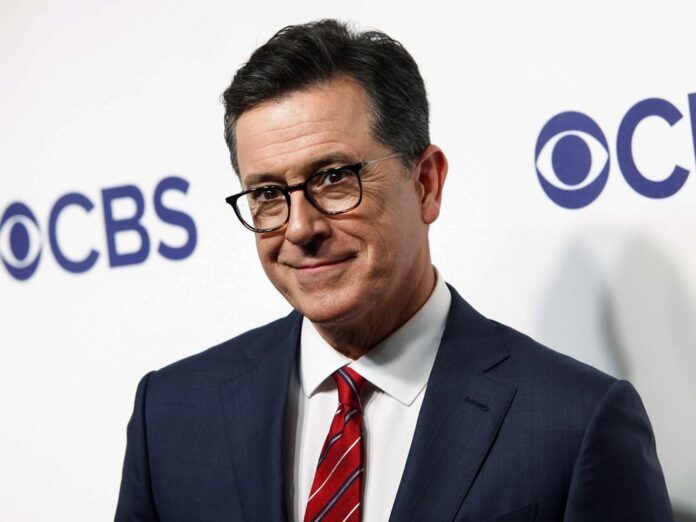 The year was 2022, and singer Michael Bublé may have wished he got a refresher on the lyrics of Barrett’s Privateers before appearing on The Late Show with Stephen Colbert Wednesday night.

At one point during the talk show, Colbert noted that sea shanties have made a comeback over the last year or so.

“People have been singing sea shanties on TikTok and stuff like that, and I love a good sea shanty,” he said. “I was way ahead on this one.”

He asked Bublé, who is Canadian and once worked as a fisherman, if he knew the foot-stomping Stan Rogers classic about Canadian pirates.

Colbert then asked him to jump in and sing it with him, which he did, joining in on the second line: “How I wish I was in Sherbrooke now!”

Though he stumbled over some of the lyrics, Bublé participated enthusiastically in the rendition of Barrett’s Privateers, even incorporating some harmonies into the second verse.

Being from the West Coast, Bublé can be forgiven for not knowing all the words.

Although the late Rogers, who wrote the song, hailed from Ontario, the tune has become somewhat of an unofficial Atlantic Canadian anthem — likely due to its seafaring theme, and the line about being “a broken man on a Halifax pier.”

It’s not uncommon to hear the song sung by crowds at bars, universities, and events around the region, with varying levels of success at keeping the rhythm.

In 2018, American musician Jack White sang the entirety of Barrett’s Privateers during an encore at a concert in Halifax.

2:41Sea shanties ride a wave of popularity during pandemic

Sea shanties ride a wave of popularity during pandemic – Jan 16, 2021