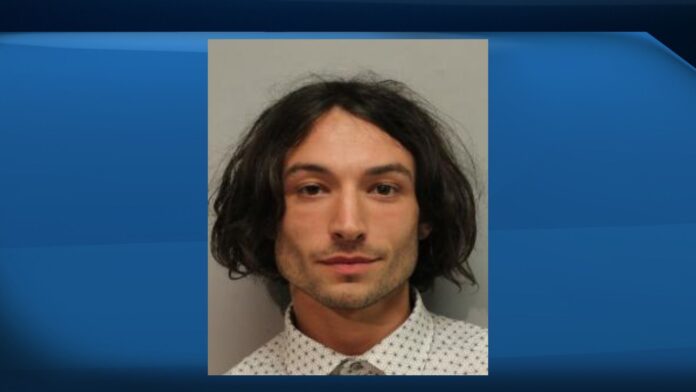 DC’s The Flash star Ezra Miller was arrested and charged at a karaoke bar in Hilo, Hawaii, shortly after midnight on Monday.

Miller, who uses they/them pronouns, was charged with disorderly conduct and harassment after authorities allege they “became agitated while patrons at the bar began singing karaoke.”

The report from the Hawaii Police Department also alleges that Miller, 29, “began yelling obscenities and at one point grabbed the microphone from a 23-year-old woman singing karaoke (disorderly conduct offense) and later lunged at a 32-year-old man playing darts (harassment offense).”

According to authorities, the bar owner asked Miller to calm down several times to no avail.

Miller was arrested and charged with both disorderly conduct and harassment offences.

His bail was set for US$500. Hawaii Police reported that Miller provided bail and was released.

Authorities also released Miller’s mugshot, which they posted to Twitter, along with the statement of the actor’s arrest.

Miller is widely known for his roles in his roles as Patrick in The Perks of Being a Wallflower and Credence Barebone/Aurelius Dumbledore in the Harry Potter Fantastic Beasts franchise.

Miller has also portrayed Barry Allen/The Flash in several DC movies including Batman v Superman: Dawn of Justice, Suicide Squad and Justice League. The film The Flash, in which Miller again plays the titular role, is set to be released in 2023.