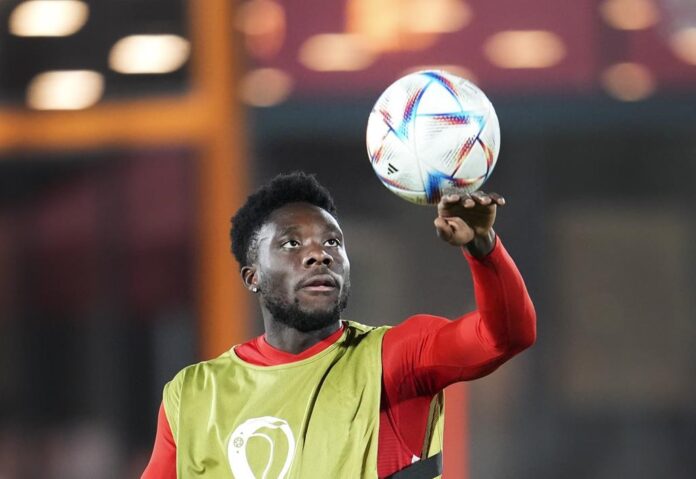 David Dejean, a dual Belgian-Canadian citizen living in Montreal, says there is no way he’s supporting the Canadian team and its star player Alphonso Davies when the two countries take to the pitch on Wednesday in the World Cup.

“I am going to support Belgium — that is for sure,” Dejean, who recently became a Canadian citizen, said in an interview Tuesday. “Canada is my new home, but I grew up in Belgium. I lived there all of my childhood; so my heart is for Belgium.”

A rivalry is brewing between members of the city’s French-speaking Belgian community and fans of Canada’s team, which hasn’t played in the tournament since 1986.

Canada enters Wednesday’s game in Qatar as the overwhelming underdog, but the country received good news Tuesday when it was revealed that winger Davies — the team’s most dangerous player — has recovered from a hamstring injury and was declared fit to play.

Montreal’s Belgian community — Statistics Canada says there are roughly 10,000 people of Belgian origin in the city — has organized watch parties at various bars around town, including at Pub Burgundy Lion and at Bier Markt.

Dejean said he plans to wear his Belgium soccer jersey to work and leave at noon to watch the 2 p.m. (EST) game — the second match for Group F, which also includes Morroco and Croatia — with about 30 other Belgians at the Burgundy Lion.

“I am super stressed for tomorrow, especially since I have a lot of Canadian colleagues around me, and we know that Belgium is the favourite,” he said.

“We know that we are supposed to be stronger. So, if we lose, I am not going to show up in the office for the next three weeks.”

Belgium is second in the FIFA rankings, and Canada is 41st.

Fellow Belgian Simon Van Wynsberghe has loyalties that are more divided than Dejean’s. He has dual citizenship thanks to his Canadian father but grew up in Belgium and has only lived in Montreal for about a year.

Van Wynsberghe said Canada has a good chance at edging out Belgium in Wednesday’s match. He’s cheering on the Belgian side, however, but he said he wouldn’t be upset if Canada won.

“The way Belgium is playing right now is not very good, and Canada, on the other hand, is playing really well,” Van Wynsberghe said in an interview Tuesday.

“For me personally, I won’t be sad if Canada wins. I think it would be good even. Although I do hope that Belgium ultimately qualifies for the finals.”

Diogène Ntirandekura, a Belgian of African descent living in Montreal, said he is torn between supporting the two teams but admits he is hoping for a Belgian victory.

“Although I am a bit torn because I live in Canada, I am supporting Belgium,” Ntirandekura said in an interview Tuesday.

“But I do hope Canada wins the other matches.”