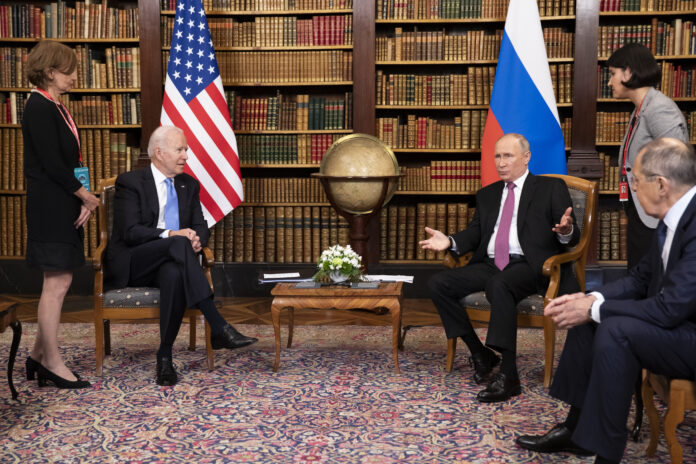 President Biden said last week that Putin was a “war criminal” for sending tens of thousands of troops into Ukraine.

“Such statements from the American president, unworthy of a statesman of such high rank, put Russian-American relations on the verge of rupture,” the ministry said in a statement.

The Kremlin earlier described the comments as “personal insults” against Putin.

The ministry also told Sullivan that hostile actions against Russia would receive a “decisive and firm response.”

The U.S. Department of State did not confirm the summons. But Deputy U.S. Secretary of State Wendy Sherman, in an interview on MSNBC, said Russia’s reported statement “just shows how desperate President Putin is becoming.”

2:32Pressure on NATO grows to do more for Ukraine, stop Putin’s aggression

Pressure on NATO grows to do more for Ukraine, stop Putin’s aggression

Russia sent tens of thousands of troops into Ukraine on Feb. 24 in what it called a special operation to degrade its southern neighbour’s military capabilities and root out people it called dangerous nationalists.

Ukrainian forces have mounted stiff resistance against Russian forces and the West has imposed sweeping sanctions on Moscow in an effort to force it to withdraw.