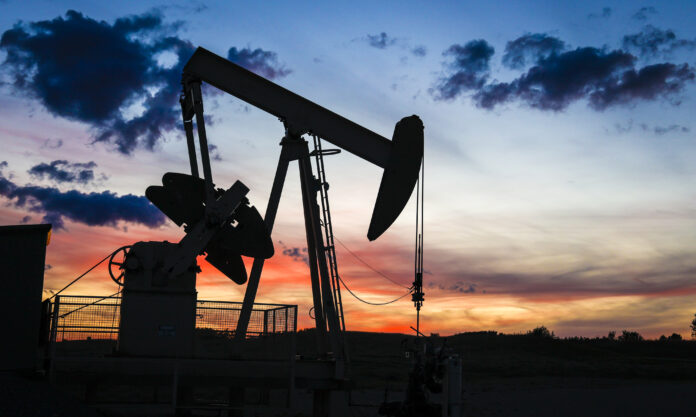 Canadians are growing more supportive of the oil and gas sector due to Russia’s Ukraine war and the subsequent energy crisis, a new poll suggests.

However, the Ipsos poll conducted exclusively for Global News found while Canadians want their government to help Europe in its energy crisis, they are split on the path forward when it comes to global energy sources.

“We do see a Canadian public that is wondering whether or not we can support Ukraine, support our European allies, and at the same time (support) that transition towards more renewable, more clean energy sources,” said Gregory Jack, vice-president at Ipsos Public Affairs.

“There’s a bit of a pull between what’s happening right now … and the future where Canadians remain committed to fighting climate change and transitioning us to cleaner energy fuels.”

Over the past several months, Europe has found itself in an energy crisis as Russia’s war in Ukraine drags on. Many European nations have aligned themselves with Ukraine and levied economic sanctions against Moscow over the invasion, which began Feb. 24.

Those nations, like Germany and France, did so while being heavily reliant on Russian fossil fuels for energy. Germany in particular was extremely dependent on Russian fuel, with 55 per cent of its gas imports during 2021 coming from Moscow, the World Economic Forum reported on Aug. 24.

Over the summer, Russia began limiting the supply of gas to Europe through the Nord Stream 1 pipeline, but cited maintenance issues as the reason why. The West has accused Moscow of waging an energy war, and many European nations are now looking for new, long-term energy partners.

Germany has turned to Canada for help, and as a result, Canadians are becoming more aware of energy issues, and 55 per cent of respondents said Canada has a “moral obligation” to help Europe during this crisis, said Jack.

“This is something that as a country we’re going to have to reckon with over the next number of years,” he said.

It found 40 per cent of respondents said the war in Ukraine and energy crisis have made them more supportive of Canadian oil and natural gas, with 52 per cent saying Canada must do its part for global energy security by sending more of its natural gas to Europe. Fifty-five per cent of respondents said the war and energy crisis did not change their views on Canadian oil and gas.

While 45 per cent said supporting Canada’s allies in Europe is more important than fighting climate change right now, there were significant generational differences on that question: men (55 per cent) were significantly more likely to agree than women (36 per cent), as are boomers (56 per cent).

Forty-seven per cent of respondents said they would be more supportive of Canadian oil and natural gas if Indigenous communities were included, and 41 per cent believe that Canada should increase its natural gas exports to Europe, even if it means Canada will miss its targets for reducing greenhouse gas emissions at home.

“The climate change debate is really about finding ways to supply us with energy that is not emitting greenhouse gases and damaging the environment, but at the same time, Canada is an energy-based country and Canadians recognize that,” Jack said.

“Over time, we’re going to have that push and pull that I talked about earlier between what are we going to do now to support our allies … and in the long run with that energy transition, and the net-zero by 2050 is becoming something that is not really discussed or argued anymore, it’s becoming something that people expect to happen in the next number of years. The question is going to be how it’s going to happen, and who is going to pay for it.”

Fifty-two per cent of respondents to Ipsos’ poll said climate change is a top priority and must be stopped no matter the costs, with 44 per cent saying Canada should stick to its current targets of reducing greenhouse gas emissions, even if it means other countries are impacted by a shortage of oil and gas.

When it comes to pipelines, which have been notoriously hard to build in Canada in recent years, 51 per cent said Canada needs more of them so it can export more of its product, while 46 per cent believe Canada’s inability to build energy infrastructure has helped Russia exploit Europe’s energy supply.

There is also some support for developing more renewable energy, the poll found. Forty per cent of respondents said they’re willing to spend more for renewable energy, and the same proportion are confident that renewable energy sources will be able to meet the majority of Canada’s energy needs by 2050.

But while Canadians want to see more green energy in play, half of the respondents said they’re unwilling to pay more personally to fight climate change.

How Canadian governments manage the balance between European energy supply and the transition to greener technologies will be critical in the coming years, said Jack.

“In an inflationary time … we are seeing an increased focus on what energy is costing, and people are starting to think about the energy that they use, where that energy is produced and how that energy is going to be exported and will support the Canadian economy,” he said.

“There’s a number of facets and a number of stakeholders that are at play in this energy debate, and Canadians are going to be thinking about that more and more over the next number of weeks and months — and especially leading into the next (federal) election, which is coming sometime between now and 2025.”