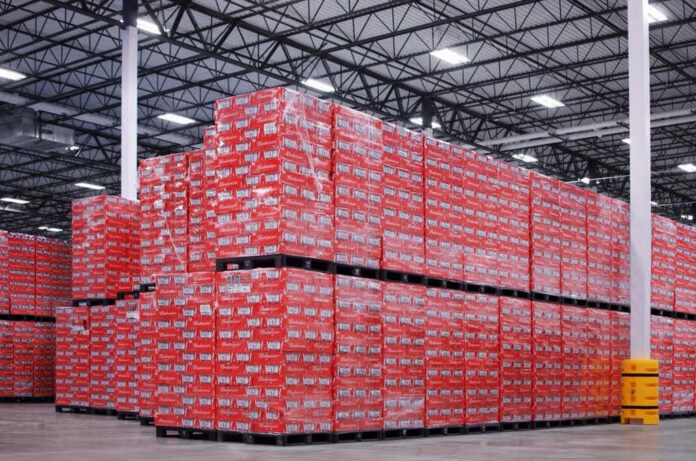 World Cup fans with a passion for beer may have something to cheer about yet — provided their team comes out on top.

Just two days before the FIFA World Cup kicked off, host country Qatar banned alcohol from the eight stadiums hosting matches. The decision wasn’t the most popular among the visiting fans, to say the least. It also left Budweiser with a mountain of beer and no fans to buy it.

It didn’t take long for the beer maker to come up with a solution — Budweiser tweeted on Saturday that it will ship off the cases of beer that were meant to be sold during the tournament to whichever country wins the World Cup.

Alongside a photo showing a warehouse filled with Budweiser beer, the brand wrote “New Day, New Tweet. Winning Country gets the Buds.”

The parent company of Budweiser, Anheuser-Busch InBev, said that it plans to bring the “celebration from the FIFA World Cup stadiums to the winning country’s fans,” in a statement.

“We will host the ultimate championship celebration for the winning country. Because, for the winning fans, they’ve taken the world. More details will be shared when we get closer to the finals,” the spokesperson said. The World Cup tournament ends on Dec. 18.

Qatar, a conservative Muslim country that tightly regulates alcohol, had first planned to allow the sale of beer during the World Cup. Stadiums were going to be permitted to sell beer three hours before kickoff and ending one hour after the whistle.

When they unexpectedly walked back that decision, Budweiser tweeted, “Well this is awkward,” though the post was quickly deleted. Since 1986, parent company AB InBev has paid tens of millions of dollars during each World Cup for the exclusive rights to sell beer at the prestigious tournament.

This year’s sponsorship cost US$112 million, Yahoo Sports reported. The company plans to ask FIFA for a $71 million discount on its next World Cup deal, according to The Sun.

Champagne, wine, whiskey and other alcohol will still be served in the luxury hospitality areas of the stadiums, the Associated Press reported. Outside of those places, beer is normally the only alcohol sold to regular ticketholders.

“As partners of FIFA for over three decades, we look forward to our activations of FIFA World Cup campaigns around the world to celebrate football with our consumers,” an AB-InBev spokesperson said in a previous statement. “Some of the planned stadium activations cannot move forward due to circumstances beyond our control.”