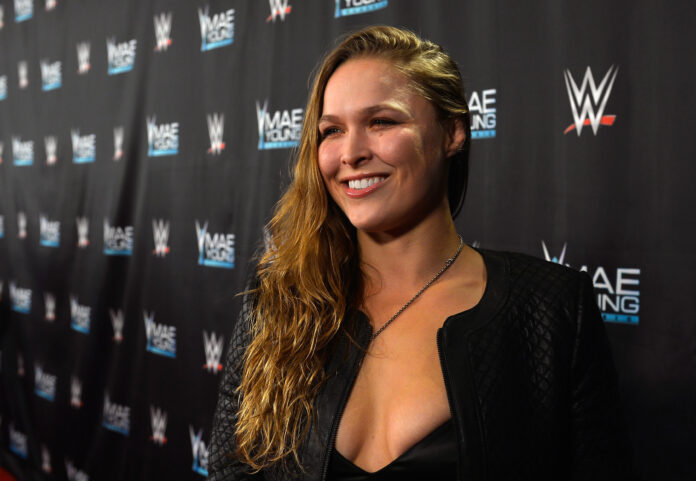 World Wrestling Entertainment (WWE) has fined and indefinitely suspended wrestler Ronda Rousey after she “attacked” an official at WWE SummerSlam on Saturday.

According to the WWE, Rousey took issue with referee Dan Engler’s alleged failure to notice her opponent tapping out while he counted the pinfall.

In response, Rousey grabbed the referee by his arm and hurled him over her shoulder and onto the ring’s floor, all the while the crowd at Nissan Stadium went wild. She then used her legs to pin Engler down until another official could separate the pair.

On Monday, WWE released a brief statement informing fans of Rousey’s suspension and fine for “an undisclosed amount.”

“Due to her suspension, Rousey will not appear on this week’s Friday Night SmackDown,” the company concluded.

The legitimacy of Rousey’s attack and subsequent suspension is unclear — often, professional wrestling performers will pre-plan an event that will result in a suspension to take time off. It’s widely known and accepted that the WWE is scripted, and this “attack” more than likely falls under that category.

Rousey has openly spoken about the incident on social media, maintaining that the referee unfairly judged the match.

On Instagram, Rousey shared three photos from the women’s title match and tagged WWE, writing, “Hey @wwe if you guys could stop screwing me to put over your golden girls at every major ppv that’d be greaaaaaat.”

The wrestling star also retweeted a post from WWE television host Greg Miller, in which Miller wrote that Morgan “won the championship by taking advantage of the situation and retained it by being a cheating coward.”

Beyoncé to change lyric on ‘Renaissance’ after ‘ableist slur’ accusations

This is not the first time Rousey has been suspended by WWE.

In June 2018, Rousey was suspended for 30 days after she attacked wrestler Alexa Bliss along with two other WWE referees and Raw General Manager Kurt Angle.

1:15‘Did you just call me daddy?’: Morning show hosts can’t hold back laughter after on-air mixup