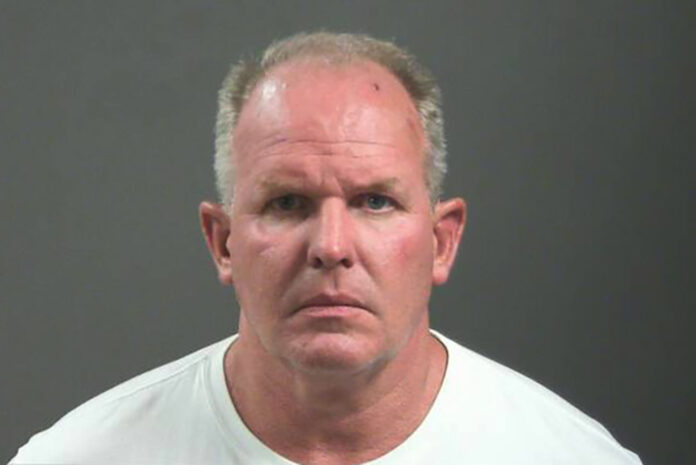 The chief operations officer of Beyond Meat, a vegan food company that makes popular plant-based burger alternatives, was jailed over the weekend for allegedly biting a man’s nose and making “terroristic” threats outside of a college football game, authorities said.

Doug Ramsey, 53, was released on a US$12,000 bail on Sunday following the Saturday night assault that took place in the parking garage of Razorback Stadium in Fayetteville, Ark. The University of Arkansas Razorbacks had just defeated the Missouri State Bears 38-27 and fans were exiting the football game when the incident occurred.

According to a police report from the Washington County Sheriff’s Office, Ramsey attacked a man who had tried to inch his vehicle in front of Ramsey’s SUV and made contact with the executive’s wheel. When police responded to the disturbance they found “two males with bloody faces,” the report reads.

After speaking with the men involved, as well as a witness to the fight, police found that Ramsey had gotten out of his SUV and “punched through the back windshield” of the other car.

The driver of the other vehicle said he emerged from his car and Ramsey “pulled him in close and started punching his body” and also “bit the owner’s nose, ripping the flesh on the tip of the nose,” the officer reported.

That man and the witness also reported hearing Ramsey “threaten to kill” the man. Bystanders were able to separate the men, the report said, and Ramsey was arrested.

Ramsey was booked on charges of third-degree battery and making terrorist threats, according to the sheriff’s office.

Beyond Meat has not yet made any public comment about the incident.

Ramsey was named Beyond Meat’s new chief operating officer in early December 2021. As part of Ramsey’s hiring agreement, he received a $450,000 cash signing bonus, according to a Securities and Exchange Commission filing.

However, Ramsey’s contract stipulates that if he were to leave the company before the end of his first year at Beyond Meat, he would be required to pay back the bonus. His annual salary is $475,000, according to the filing.

0:32Beyond Meat stock surges 734 per cent since IPO