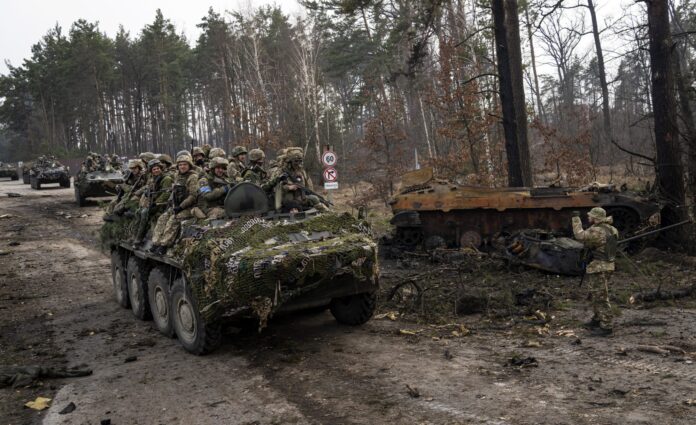 Canada has finalized a deal to send eight armoured vehicles to Ukraine amid a push to deliver more heavy artillery to the war-ravaged country, Defence Minister Anita Anand said Tuesday.

In a tweet, Anand said the government signed a contract with Mississauga-based manufacturer Roshel to supply the commercial pattern armoured vehicles “as quickly as possible.”

Anand sent the tweet after attending a meeting with defence ministers and top military officials at Ramstein Air Base in Germany to discuss coordinating weapons transfers to Ukraine’s front lines.

During the meeting, Anand said Canada is continuing to provide specialized drone cameras that are already being used in combat. The government said last week that it is finalizing a service contract for the maintenance and repair of those cameras.

According to the government, the M777 lightweight 155-mm towed howitzer is lighter and smaller, yet more powerful than any gun of its kind. The M777 provides indirect firepower capable of accurately hitting targets at a range of up to 30km.

Since January 2022, Canada has committed over $118 million in military equipment to support Ukraine. In Budget 2022, Canada also allocated $500 million in additional military aid for Ukraine for the 2022-23 fiscal year.

Anand is set to travel to Washington, D.C., later this week for her first official visit as defence minister, where she will meet with Austin.

Anand and Austin are expected to address support for Ukraine, as well as modernizing Norad. Updating the bilateral aerospace defence system has taken on new urgency given Putin’s invasion.

— with files from Aya Al-Hakim and the Canadian Press