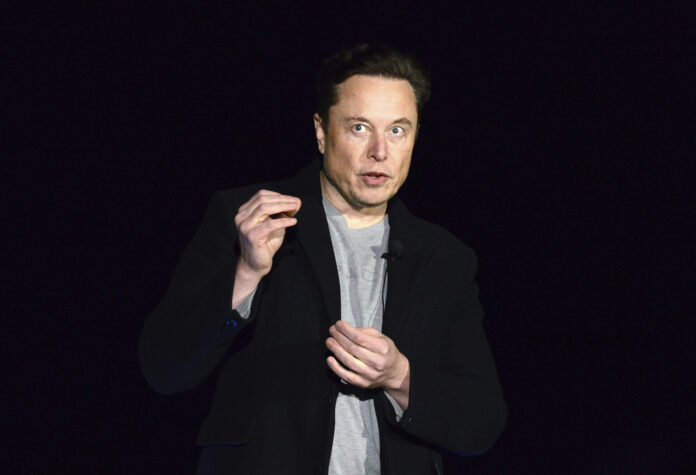 Twitter users, tech analysts and Canadian officials are all waiting to see what changes the world’s richest man will make to the platform after Elon Musk’s US$44-billion takeover bid was approved by the company’s board Monday.

Within Twitter itself, there is an air of mystery over plans for the platform.

“For now there will be no changes as a result of the announcement.”

Twitter has accepted Elon Musk’s takeover bid. What happens next?

Musk has floated a few ideas for improving the platform on, where else, Twitter itself.

His musings range from editable tweets to pledging to “defeat the spam bots,” but many observers are focusing on his devotion to making Twitter into a haven for “free speech” as one of the biggest forces for change at the San Francisco-based company.

Experts say whatever changes Musk has in mind for Twitter could be swift and sweeping, and will play a major role in determining the company’s quality as a platform and longevity as a business.

Daniel Tsai, a business, law and technology professor at University of Toronto, tells Global News “we could see immediate changes” after the deal passes shareholder approval and regulatory hurdles.

Some users are vowing to boycott the platform after the self-described “free speech absolutist” takes the reins, while others are fervently awaiting a return of some of the platform’s most controversial voices.

“The US$44-billion question right now is, will Donald Trump come back onto the platform?” says Philip Mai, co-director of the Social Media Lab at the Ted Rogers School of Management.

While Trump said he wouldn’t return to the platform if his lifetime ban is lifted, Mai expects changes to Twitter’s moderation approach under Musk’s leadership could open the door for more controversy.

Penalties for offensive or otherwise questionable content could include more “time outs” than lifetime bans, he tells Global News, in keeping with Musk’s more “libertarian” approach to the marketplace of ideas.

Relaxing moderation standards in the name of free speech could open up the platform to additional hateful content, says Aimée Morrison, an associate professor at the University of Waterloo who studies social media and the internet.

Twitter’s user base might shrink if discourse on the site becomes untenable, Morrison suggests, as vulnerable populations decide engaging on the platform isn’t worth risks.

“What (Musk is) not accounting for is the number of people who will simply leave the platform because they do not wish to subject themselves to the kinds of violent speech and threats and doxing that inevitably result when there are no rules of engagement.”

But while Musk is on track to become the sole owner of Twitter, that doesn’t mean he will have free rein to run the platform as he likes.

Canada eased its travel rules again. What to know, and how to guard against COVID

Indeed, the EU’s internal market chief was unfazed speaking to Reuters on Tuesday, and said it will be up to Musk and Twitter to “adapt themselves … to our rules.”

“(Musk) is going to discover that to own a platform is to be a content moderator now,” Mai says.

Musk aimed to clarify his position in a tweet Tuesday afternoon, saying he believes in free speech that matches the rule of law but is “against censorship that goes far beyond the law.”

Tsai says Musk has not made his stance clear on whether he’d allow controversial figures back on the platform, but he notes there may be a business case for doing so.

Users were drawn to Twitter when Trump was on the platform just to see what inciting thing he was saying that day.

13:06The David and Goliath fight against online conspiracies

The David and Goliath fight against online conspiracies – Apr 9, 2022

“There is a lot of business risk because most brands do not want to be associated with things that are controversial,” Mai says.

At the end of the day, however, maximizing profit might not be the most important thing for Twitter under Musk’s ownership.

While Musk has said he is aiming to unlock the “true potential” of Twitter with his acquisition, Mai says it remains to be seen whether the world’s richest man bought a viable business or a bully pulpit.

“It all depends on whether he’s going to treat this as a business or whether this is a pet project,” he says. “If it’s a pet project, he might not care whether it makes a profit as long as they’re bringing enough revenue to keep the light on.”

Among the improvements Elon Musk has suggested are efforts to “authenticate” human users and reduce the influence of so-called bot accounts on the platform.

Twitter has long made efforts to clamp down on bot accounts but has yet to effectively rid the platform of such nuisances, Mai says.

“The bot makers always seem to be one step ahead of them.”

Tsai believes there’s a lot of good Musk could do with Twitter in terms of promoting accurate information about topics such as climate change, an issue the Tesla CEO has shown himself to take seriously in his efforts to streamline electric vehicle production.

“I think Musk has an opportunity to do great good out of Twitter if he cleans up the disinformation, put some rail guards on it. It can be a great source of good in terms of helping people understand science,” he says.

But whether he takes that responsibility seriously depends on whether the controversial entrepreneur’s “better angels” appeal to him, Tsai says. If Musk fails to put robust moderation standards in place, he says Twitter could well cause harm beyond the “social costs.”

“There are lives at stake and there’s health-care costs when disinformation is allowed to run rampant,” Tsai says.

“Hopefully he’ll come to his senses and have a plan in place to really kind of unlock the value, not just in terms of money, but in terms of the potential social good he could do with Twitter. But that remains to be seen.”

— with files from Global News’s Abigail Bimman and Reuters

5:42Who’s most vulnerable to disinformation?