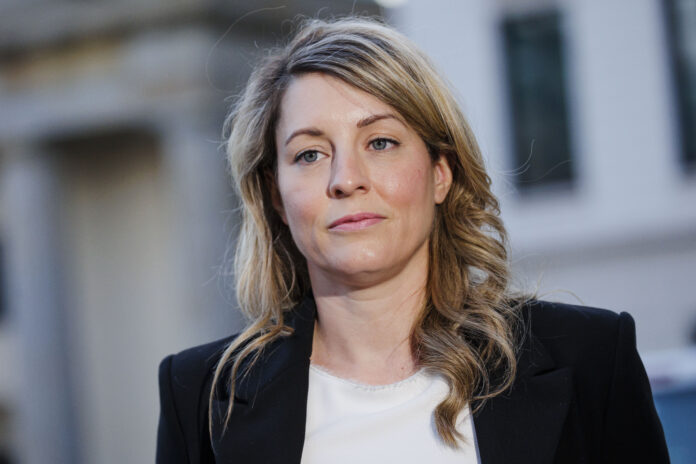 Joly made the comments to reporters Monday after delivering a speech to the Montreal Council on Foreign Relations.

She says more economic sanctions are forthcoming against Russian nationals and Russian companies in an effort to further isolate the country.

Joly says Russian President Vladimir Putin is unpredictable and his invasion of Ukraine is a threat to world stability.

She saluted the courage of Russians who have dared to demonstrate against the war, and she says she appreciates that the numerous sanctions that Canada, the United States and the European Union have imposed are hitting the Russian population hard.

But she says the sanctions are necessary to put pressure on the Russian government to end its invasion, which has driven nearly 3.4 million people from Ukraine, according to the United Nations.