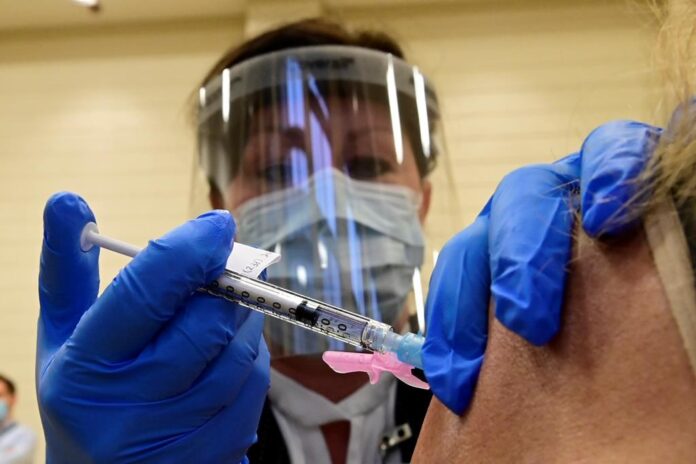 The thundering sound of hoofbeats charging toward the end of the track was met with a chorus of cheers from thousands of revellers in cowboy hats and jeans, dazzled by the colorful lights of the midway in the distance.

The Calgary Stampede attracted 500,000 visitors in 2021 after a year of pandemic isolation and uncertainty, epitomizing Alberta Premier Jason Kenney’s “best summer ever.”

Kenney beamed from behind a podium that spring as he declared that Alberta had “crushed” the spike of COVID-19 infections and heralded the return of backyard barbecues, dream weddings, concerts, parties and, of course, the stampede.

“Today we are truly near the end of this thing. We’re leaving the darkest days of the pandemic behind and walking into the warm light of summer,” Kenney declared.

Months after what came to be known as Kenney’s “mission accomplished” moment, Alberta was pummeled by the Delta wave. The province’s intensive care units were devastated.

The moment left a lasting impression on the country’s political psyche.

Such a jubilant, if premature, declaration is not likely to be seen again in Canada’s COVID-19 response, even as other world leaders appear ready to leave the pandemic behind.

“The pandemic is over,” U.S. President Joe Biden said last week, striding down the blue carpet of the Detroit Auto Show in Michigan during an interview with “60 Minutes.”

The president said there is still work to be done, but suggested the disaster had passed.

“No one’s wearing masks, everyone seems to be in pretty good shape and so I think it’s changing.”

Canada‘s cautious political message about the virus has never ceded to such optimism.

“What we have seen consistently is that people are still struggling in hospitals across our country with the impacts of COVID,” Prime Minister Justin Trudeau said Thursday at a press conference at the UN General Assembly in New York.

He encouraged people to get up to date on their vaccine booster doses, assuring the public “we will make sure this pandemic gets behind us as quickly as we possibly can.”

Two senior government sources, speaking on the condition they not be named because they were not authorized to speak publicly, told The Canadian Press that Trudeau has agreed in principle to let Canada’s vaccine mandates expire on Sept. 30.

When the order expires, the ArriveCan app will no longer be mandatory for international travellers, either.

The decision to put an end to some of the last vestiges of federal COVID-19 restrictions is expected to be announced officially on Monday.

Cases in B.C. hospitals at 11-week low but admissions rise; COVID-19 still killing about 3 per day

Trudeau has yet to speak publicly about the change, but the tenor of that announcement could be telling as to how the federal government plans to navigate this new transitional phase of the pandemic.

The last time the Liberals loosened restrictions in June, removing vaccine mandates for domestic travellers, the tone was decidedly circumspect.

Rather than proclaim the mandates were no longer needed, federal officials said they were merely “suspended,” and warned they would “bring back” necessary policies if there’s a resurgence of the virus in the fall.

“I think part of the restraint that provincial and territorial governments and the federal government have, as far as walking past COVID, is because we have our memory of how that didn’t actually work out well,” said Dr. Alika Lafontaine, president of The Canadian Medical Association.

4:56What the lifting of COVID rules will mean for the winter travel season

Of course, Alberta’s cautionary tale isn’t the only reason for the federal government’s political COVID-19 message.

“In Canada, our focus has been, every step of the way, on listening to science, to responding to the facts on the ground,” Trudeau said Thursday, repeating a similar message when questioned by reporters in Ottawa Friday.

The Conservatives, meanwhile, allege the Liberals are more focused on “political science.”

“There’s a lot of questions that Canadians have, why the government appears to be making decisions not based on medical science, but based on political calculations,” Conservative health critic Michael Barrett said last week.

The official opposition has accused the Liberals of using the pandemic and federal restrictions as a political wedge since the last election, when Trudeau first floated the idea of vaccine mandates.

“There’s no question of whether politics plays a role in the decision-making,” said Julianne Piper, a research fellow with the international Pandemics and Borders project at Simon Fraser University.

“I think there are different political, geographic, public health factors that play into those decisions.”

That alchemy of politics and public health has the potential to set the tone for the rest of the country, she said.

“I think it signals the general feelings around the pandemic and potentially signals what different actors who would be impacted are going to expect,” she said.

Lafontaine said it will be important for politicians to keep that in mind during this next phase of the pandemic.

“I think it’s really important for politicians to realize that the things they say have an enormous impact,” he said.

“We need, more than ever, for people to be clear about the problems that we’re facing, to declare crises when there are crises and to talk about plans for after crises when it’s time to walk through those problems, into what comes next.”