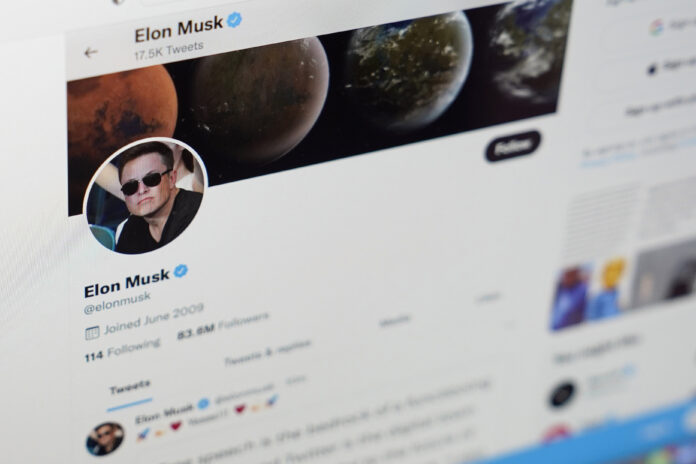 Elon Musk, the world’s richest man, is spending US$44 billion to acquire Twitter with the stated aim of turning it into a haven for “free speech.”

There’s just one problem: The social platform has been down this road before, and it didn’t end well.

A decade ago, a Twitter executive dubbed the company “the free speech wing of the free speech party” to underscore its commitment to untrammeled freedom of expression.

Subsequent events put that moniker to the test, as repressive regimes cracked down on Twitter users, particularly in the wake of the short-lived “Arab Spring” demonstrations.

In the U.S., a visceral 2014 article by journalist Amanda Hess exposed the incessant, vile harassment many women faced just for posting on Twitter or other online forums.

Over the subsequent years, Twitter learned a few things about the consequences of running a largely unmoderated social platform — one of the most important being that companies generally don’t want their ads running against violent threats, hate speech that bleeds into incitement, and misinformation that aims to tip elections or undermine public health.

“With Musk, his posturing of free speech — just leave everything up — that would be bad in and of itself,” said Paul Barrett, the deputy director of the Center for Business and Human Rights at New York University.

“If you stop moderating with automated systems and human reviews, a site like Twitter, in the space of a short period of time, you would have a cesspool.”

Google, Barrett pointed out, quickly learned this lesson the hard way when major companies like Toyota and Anheuser-Busch yanked their ads after they ran ahead of YouTube videos produced by extremists in 2015.

Once it was clear just how unhealthy the conversation had gotten, Twitter co-founder and former CEO Jack Dorsey spent years trying to improve what he called the “health” of the conversation on the platform.

The company was an early adopter of the “report abuse” button after U.K. member of parliament Stella Creasy received a barrage of rape and death threats on the platform.

The online abuse was the result of a seemingly positive tweet in support of feminist campaigner Caroline Criado-Perez, who successfully advocated for novelist Jane Austen to appear on a British banknote. Creasy’s online harasser was sent to prison for 18 weeks.

Twitter has continued to craft rules and invested in staff and technology that detect violent threats, harassment and misinformation that violates its policies.

After evidence emerged that Russia used their platforms to try to interfere with the 2016 U.S. presidential election, social media companies also stepped up their efforts against political misinformation.

The big question now is how far Musk, who describes himself as a “free-speech absolutist,” wants to ratchet back these systems — and whether users and advertisers will stick around if he does.

Even now, Americans say they’re more likely to be harassed on social media than any other online forum, with women, people of color and LGBTQ users reporting a disproportionate amount of that abuse.

Roughly 80 per cent of users believe the companies are still doing only a “fair or poor” job of handling that harassment, according to a Pew Research Center survey of U.S. adults last year.

“A lot of people are going to be super unhappy with West Coast high tech as the de facto arbiter of free speech,” Musk tweeted days after Trump was banned from both Facebook and Twitter.

Trump’s allies, including his son Donald Trump Jr., have even pleaded for Musk to buy out the company.

“If Elon Musk can privately send people into space I’m sure he can design a social network that isn’t biased,” Trump Jr. said in the caption of a video posted to Instagram last April.

Twitter has accepted Elon Musk’s takeover bid. What happens next?

Kirsten Martin, a professor of technology ethics at the University of Notre Dame, said Twitter has consistently worked at being a “responsible” social media company through its moderation system, its hires in the area of machine learning ethics and in whom they allow to do research on the platform.

The fact that Musk wants to change that, she added, suggests that he’s focused on “irresponsible social media.”

It’s also partly due to floods of inflammatory, false or violent posts. Last year, for example, right-wing social media site Parler was nearly wiped off the internet when it became evident that rioters had used the app to promote violent messages and organize the Jan. 6 riot of the U.S. Capitol.

Apple and Google barred its app from their online stores, while Amazon stopped providing web-hosting services for the site.

His popular tweets typically send a swarm of his social media fans directly to the accounts of the reporters to harass them for hours or days.

“I only block people as a direct insult,” Musk tweeted in 2020, responding to a tweet from a reporter.

Evan Greer, a political activist with Fight for the Future, said Musk’s lack of experience in moderating an influential social media platform will be a problem if he successfully takes over the company.

“If we want to protect free speech online, then we can’t live in a world where the richest person on Earth can just purchase a platform that’s millions of people depend on and then change the rules to his liking,” Greer said.