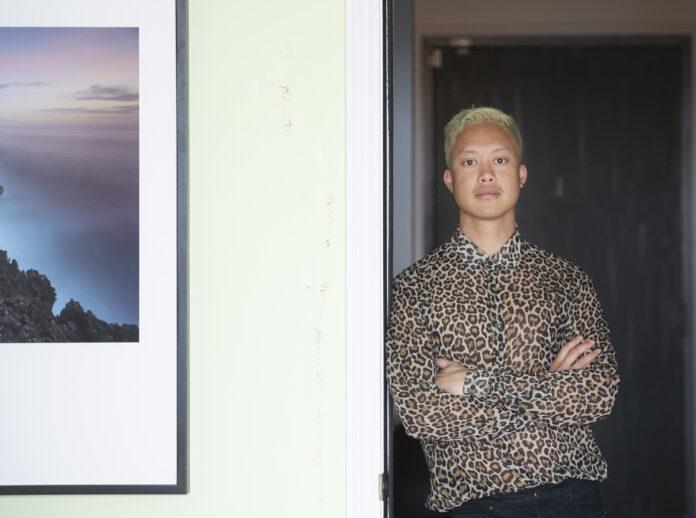 When Thomas Hartle indulges in a session of psilocybin treatment, the end-of-life anxiety, distractions and noises associated with his terminal colon cancer go away.

“Before the treatment, it’s like you’re sitting in your car. It’s summer. You have your windows down; you’re stuck in rush-hour traffic; it’s noisy. It’s unpleasant,” said Hartle, who lives in Saskatchewan.

“Your favourite song is on the radio, but you can’t actually appreciate any of it because all of the other distractions are preventing you from even noticing that the radio is on. After a psilocybin treatment,(it’s like) you’re still in your car, in traffic, but you have the windows up; the air conditioning is on and it’s quiet. It’s just you and the music.”

Hartle, 54, is one of the very few Canadians to have received legal psychedelics psychotherapy for a mental health condition since Health Canada made it easier in January for health-care workers to access psilocybin — the hallucinogenic compound found in some mushrooms.

In Montreal, meanwhile, a pioneering clinic in the emerging field of psychedelic-assisted psychotherapy is about to become the first health-care facility in Quebec to legally treat depression with psilocybin.

“It’s a privilege to be able to accompany people in the exploration of their psychological distress and to offer something different than conventional treatment such as antidepressants,” Dr. Andrew Bui-Nguyen, of the Mindspace by Numinus clinic, said in a recent interview.

Bui-Nguyen said his clinic received Health Canada’s approval on May 5 to care for a patient who had undergone several unsuccessful treatments for depression.

“There’s a rigorous screening procedure,” Bui-Nguyen said, adding that Quebec’s health insurance plan doesn’t cover the treatment. “We look at the diagnosis, the medical history, if there’s a risk of addiction, what treatments have already been tried? There must have been a lot of treatments done beforehand so the application is solid.”

Health Canada on Jan. 5 restored its Special Access Program — abolished under former prime minister Stephen Harper in 2013 — allowing health-care experts to request access to restricted drugs that have not yet been authorized for sale in the country.

Before January, people could only access psychedelic-assisted psychotherapy through clinical trials or medical exemptions. Now, licensed experts can file applications on behalf of patients with mental health conditions such as post-traumatic stress disorder, depression and anxiety, but for whom conventional treatment has failed.

1:56Mental Health Week: why we’re seeing a lack of access to care in Canada

Health Canada says it has received 15 requests for the use of psilocybin or MDMA — a psychedelic drug with stimulant properties — since resuming the program.

In April, a clinic called Roots To Thrive, in Nanaimo, B.C., became the first health centre in Canada to offer a legal psilocybin group therapy program, in which Hartle took part.

“The therapy part has a capital T in this whole process,” Hartle said. “It isn’t just taking psychedelics. It’s just a tool in the process; the therapy is crucial to getting a good outcome.”

Psychedelic-assisted treatment, Bui-Nguyen explained, requires multiple therapy sessions before and after patients experience the drug. Patients will consume psilocybin while they are supervised by two psychotherapists and remain in the clinic-secured environment for up to six hours.

“It’s not miraculous,” Bui-Nguyen said. “You don’t take psilocybin and that’s it, a psychedelic trip and after the depression is cured — no! The patient has a lot of work to do. But it opens perspectives; it creates new paths in the brain that we aren’t used to taking.

In the world’s largest study on psychedelics’ affect on the brain, released in March in the journal Science Advances, lead author Danilo Bzdok said psychedelic drugs might just be the next big thing to improve clinical care of major mental health conditions.

“There’s something like a renaissance, a reawakening of psychedelics,” Bzdok, associate professor with McGill University’s biomedical engineering department, said in a recent interview.

He said the evidence-based benefits are very promising. Patients, he said, say they have experienced up to six months of lasting effects after a single psychedelic-aided therapy session. They have also experienced a reduction of symptoms associated with mental health conditions, Bzdok said, adding that there were fewer side-effects compared to antidepressants.

READ MORE: ‘People are desperate to heal’: The push for psychedelic-assisted therapy in Canada

Mindspace by Numinus CEO Payton Nyquvest said psychedelics have the potential to become a widespread treatment. As Health Canada continues to approve more requests, he hopes the recognition will make the treatment much more accessible.

“We haven’t seen significant innovation in mental health care in probably over 40 years,” Nyquvest said in a recent interview.

“We’re at a time where new and better treatments for mental health are needed now more than ever. No matter what you look at, depression, anxiety, and suicidality … these are all rates that continue to go up with no clear line in terms of how we’re going to address these massive societal issues. Psychedelics represent an opportunity to make a significant impact.”

Hartle’s own experience echoed those hopes. “The improvement in my mental health is so night and day that it would be difficult to say all of the things that it does for me,” he said.

“I still have cancer. I still have difficulty with what it physically does, but there are days when I don’t even think about it. What would you do to have a day where you just feel normal?”