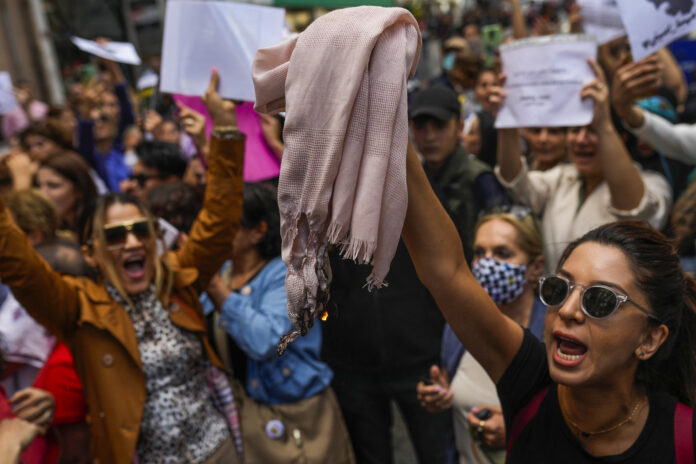 Canadian members of Parliament adopted a motion on Wednesday standing in “solidarity” with the women of Iran amid protests that have erupted after the death of a young woman who had been detained by that country’s morality police.

It asked for the House of Commons to “extend its sympathies to the family of Mahsa Amini, and her Kurdish name is Gina, a 22-year-old woman who died after being arrested in Tehran for dressing inappropriately by the Iranian morality police, and that the House express its solidarity with the women of Iran who are fighting for their rights and freedoms.”

No members of Parliament opposed the motion, and it was adopted.

Unanimous consent motions do not receive formal votes, and do not always reflect official government policies. Rather, they are adopted only if no MP voices opposition to them when the motion is moved.

The motion reflects the will of the House of Commons, rather than the government itself.

According to the BBC, Amini fell into a coma and died just hours after being detained in Tehran by Iran’s morality police on Sept. 13. She had been accused of breaking a modesty law that requires women to wear a headscarf, cover their arms and legs and wear loose clothing. The BBC also reported that several witnesses claimed Amini was beaten inside a police vehicle en route to a detention centre.

“They killed my angel,” Amini’s mother said in an interview with BBC Persian on Sept. 16.

In the days since, her death has been a catalyst, spurring Iranian women to publicly remove their headscarves, cut their hair and burn their hijabs in protest.

Men, as well, have joined the outcry flooding social media platforms like TikTok, and spilling out into the streets of Iran as well as in protests outside the Iranian embassy in nearby Turkey.

At least seven are believed dead following clashes with Iranian security forces at the Tehran protests.

World leaders including U.S. President Joe Biden have also addressed the death of Amini, with Biden using his speech on Wednesday to the United Nations General Assembly to do so.

“Today we stand with the brave citizens and the brave women of Iran, who right now are demonstrating to secure their basic rights,” said Biden in the speech. “The United States will always promote human rights and the values enshrined in the UN Charter in our own country and around the world.”

— with files from Global News’ Sarah Do Cuoto and The Associated Press.