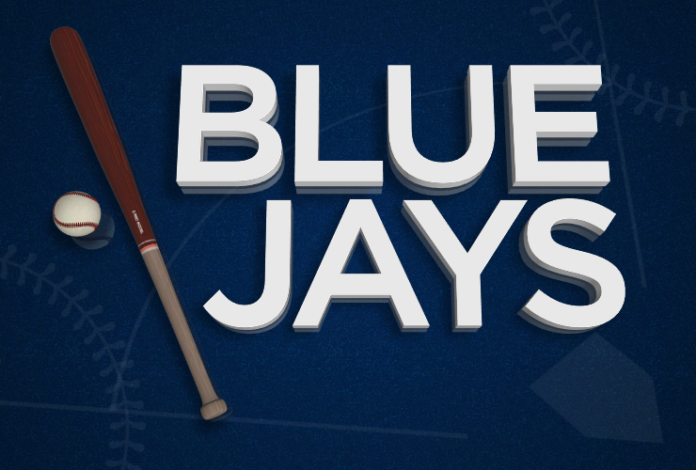 TORONTO (AP) — Aaron Judge stayed at 60 home runs, one shy of Roger Maris’ American League record, and the New York Yankees’ bid to clinch the AL East stalled when Vladimir Guerrero Jr. hit an RBI single in the 10th to give the Toronto Blue Jays a 3-2 win Monday night.

Judge led off the game with a single, then struck out twice and walked twice as New York’s winning streak ended at seven. The Yankees would’ve sealed the division with a win.

Judge has now gone six games without a home run. He’ll try again Tuesday night to match the AL mark of 61 set by Maris in 1961. Judge’s batting average remained at .314 — he began the day leading all three Triple Crown categories.

Guerrero’s two-out single off Clarke Schmidt (5-5) scored automatic runner Cavan Biggio from second base. Toronto won its third straight and increased its lead atop the AL wild-card race by 2 1/2 games over Tampa Bay.

Judge scored the opening run of the game on a first-inning sacrifice fly by Gleyber Torres, and walked in the third before being erased on a double play. Judge struck out looking in the sixth and went down swinging in the eighth.

Back in right field after making his 22nd start at DH Sunday, Judge again left history on deck. Since connecting for No. 60 on Tuesday night against Pittsburgh to spark a ninth-inning comeback, he is 5 for 18 with three doubles, seven walks and eight strikeouts.

Judge made a fine catch on Bichette’s deep drive in the bottom of the 10th, then threw to second to keep Biggio from advancing.

Greeted with a mix of cheers and boos from the crowd of 34,307 before his first at-bat, Judge opened the game with a sharp single to right field that had an exit velocity of 112.9 miles per hour. Rizzo doubled Judge to third before Torres drove him in with a flyball to right.

Isiah Kiner-Falefa made it 2-0 with a two-out homer in the second, his fourth.

Making his second start for the Yankees since returning from the injured list, right-hander Luis Severino allowed two runs and three hits in four innings. Severino threw 76 pitches, 49 for strikes. He struck out four and walked three.

Severino didn’t allow a hit until Bichette singled to begin the fourth. Guerrero followed with a potential double-play grounder to short, but Kiner-Falefa bobbled the ball and threw late to first. Alejandro Kirk walked to load the bases and Teoscar Hernández followed with a double off the top of the center field wall.

Gausman allowed two runs and six hits in 6 1/3 innings. He struck out seven, reaching 200 for the second consecutive season, and walked one.

Toronto put runners at first and second with one out in the seventh but Jonathan Loaisiga came on and struck out George Springer, then got Bichette to ground out.

Judge was the leadoff batter in his first four plate appearances.

A male fan in the front row of the left field seats wore black judge’s robes and a long, white wig. He sat behind a small sign reading ‘All Rise.’