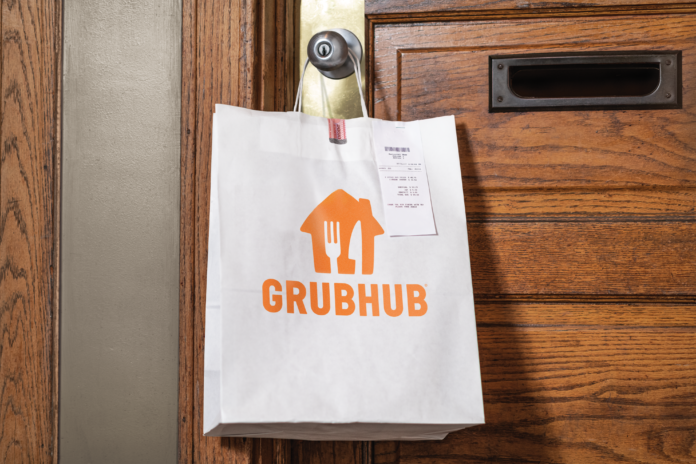 A 24-year-old woman was rescued from an alleged hostage situation after she was able to add a note to a Grubhub food delivery order asking restaurant workers to call the police.

A Facebook post from The Chipper Truck Cafe, a 24-hour restaurant in Yonkers, N.Y., shows the “Additional Instructions” they received from the woman: “Please call the police his going to call me when u delivered come with the cones please don’t make it obvious,” she wrote.

“I’ve often heard of this happening but never thought it would happen to us,” read the post. “Thankfully we were open and able to help her.”

The owner of the café, Alice Bermejo, told CBS News the restaurant staff were unsure if it was a prank, but her husband encouraged them to call police anyway.

“The message came in, and the girls read it and they called my husband to see what they should do,” she said to CBS. “He told them, let’s call the police, we can’t take any risk or chance.”

CNN reports that a criminal complaint says the woman had agreed to meet up with a man she had met on a dating app. She was allegedly assaulted and raped by the man.

Although he took her phone away, he agreed to let her order food and she was able to send her plea via the Grubhub delivery app.

According to Today, police showed up at the residence early on June 19 and arrested Kemoy Royal, 32. He has been charged with rape, strangulation, unlawful imprisonment, criminal sex act, menacing, criminal possession of a weapon, assault and sexual abuse.

The Chipper Truck Cafe shared a photo of the woman’s plea for help that she included in the delivery instructions.

The New York Police Department confirmed that Royal was also charged with attempted rape, sexual abuse and an assault in a case that happened four days earlier, involving a 26-year-old woman. It is not clear how police linked the two cases.

Bermejo told CNN that officers followed up with her and confirmed the woman’s plea for help was genuine and that she was safe.

“We’re just grateful that the girl is OK. That is the most important thing,” Bermejo said.

Grubhub confirmed that it is awarding Bermejo’s business $5,000 as a “way of recognizing her and (her family) for their quick thinking.”

“Every time we see a simple but extraordinary act like this, we are amazed by how our partners positively impact their communities,” Grubhub said in a statement to CNN. “However they decide to use the money, we hope it helps the restaurant and reminds all of their customers of what amazing people (they) are.”