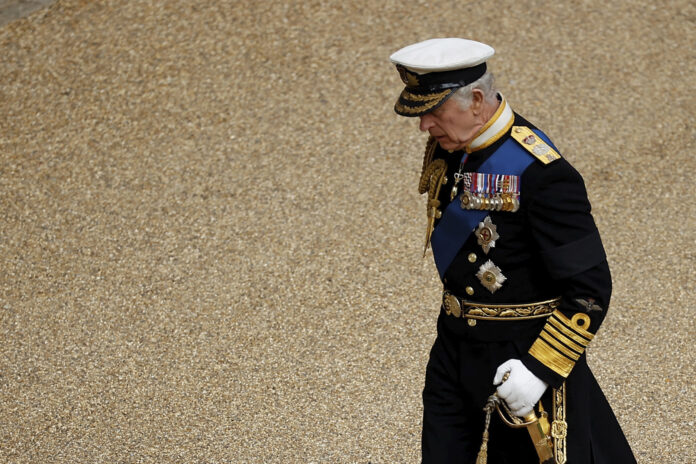 With Queen Elizabeth now laid to rest, the King will have to prove himself worthy of the throne he inherited, as he contends with his own complicated reputation and renewed scrutiny of the Crown’s continued role in Canadian civic life.

Among the many challenges facing the King is the towering legacy left by his mother, who – through her personal reticence and stalwart dedication to duty – set the standard for the sovereign as a self-abnegating avatar of authority.

It’s a high bar to clear for the King, who in both his private and public life, has raised eyebrows for conduct that his critics see as unbecoming of a royal.

But this generational divide could be prove both an asset and a liability, experts say, positioning the King to make changes befitting of a modern monarch, while maintaining the continuity of dynastic power.

“Even though, in some ways, (the King) has shown modern inclinations, I don’t think we should look to him as somebody who will seek to thoroughly revamp the role,” said Barbara Messamore, a professor of history at University of the Fraser Valley.

“No one else can fill (the Queen’s) big shoes. But there’s every reason to think that he will rise to the occasion.”

“I do kind of encourage people to think beyond the individual and not cast any aspersions on Charles as king. It’s deeper than our feelings for him and his popularity, such as it might be.”

The cataclysmic breakdown of his marriage to Diana, the Princess of Wales, and her subsequent death has cast a long shadow over the King’s public profile.

But after 17 years of marriage to the Queen Consort, the King has for the most part managed to rehabilitate his image, said Messamore.

“(Diana) is part of the baggage he carries,” she said. “I think he’s managed to carry on with some dignity and sense of duty.”

Some of the King’s personal views could also prove a double-edged sword in the battle for royal reverence.

When he first started championing environmental causes a half century ago, many of his views were cast off as fringe, said Andrew Heard, a professor in Simon Fraser University’s political science department.

The tides have since turned to make the King’s outspoken advocacy on climate change, organic farming and renewable energy seem progressive, Heard added.

There were times in his tenure as the former Prince of Wales where his passion seemed to veer too close to politics, but in recent years, the King learned from those missteps to exercise discipline and prepare for the “fine line” he must walk as sovereign, Heard said.

“He will, I suspect, be quite a passionate advocate behind closed doors, so I would not be surprised if he didn’t use his regular meetings with the prime minister to try and press the points,” he said.

“But he will also know that in that role that that’s all he can do … Then it’s up to the politicians to decide what to do or not do.”

Some observers are waiting to see whether the King’s reformist leanings will go far enough to repair Indigenous relations, particularly as the royal transfer of power has intensified calls for Canada to cut ties with the Crown, which many see as a vestige of colonial violence.

“The death of the queen has reawakened bad memories and highlighted the devastation of our colonial past,” said Mariel Grant, an associate professor of history at University of Victoria.

The themes of Indigenous reconciliation and climate change were at the forefront of the King and Queen Consort’s visit to Canada in May. But in his new role, the King needs to back up this outreach with concrete action, said author and community organizer Lynda Gray, a member of the Tsimshian (Ts’msyen) First Nation in northwest British Columbia.

Gray said she’d like to see the King accelerate the progress that’s been made with the Crown toward upholding treaty agreements, and – in his capacity of head of the Church of England – facilitate the release of documents related to Canada’s residential school system.

As sympathy over the loss of the queen fades, the King will be laying the foundation for what he wants his legacy to look like, said Sarika Bose, a University of British Columbia lecturer in Victorian literature.

No king has come into the throne with more experience, said Bose, and his track record has placed him ahead of the curve on issues of global importance.

Ultimately, the King’s heaviest burden may amount to overcoming his “one-note” public image as the long-suffering prince outshined by his first wife and mother, she said.

“No matter how hard he actually works, no matter what the facts are, if that message is not communicated, he doesn’t have much chance.”

— With files from Cassandra Szklarski