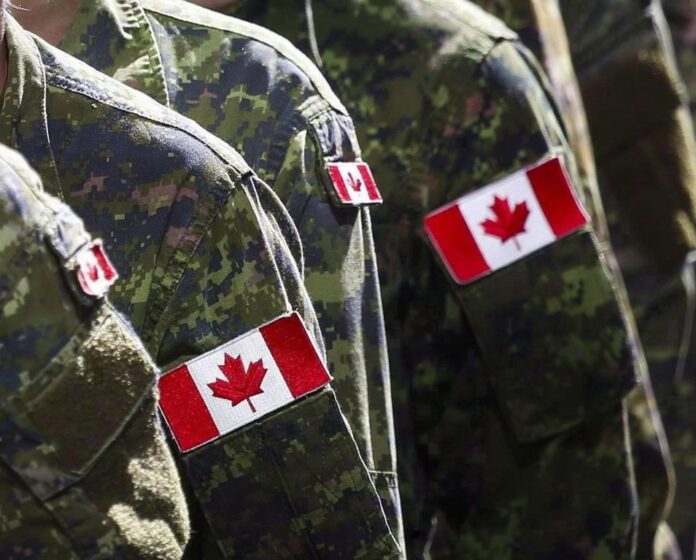 The Liberal government is defending the military’s continued use of a vaccine mandate for Armed Forces members as a condition of employment amid pressure to end the requirement and questions about when a promised “tweak” will finally be unveiled.

The Canadian Armed Forces has required since December that all troops receive two shots of a recognized COVID-19 vaccine or face disciplinary proceedings, including forced removal from the military.

While the vast majority of service members have bared their arms for shots, more than 1,100 have not. More than 400 of those have since hung up their uniforms, either voluntarily or involuntarily, with more on their way out.

The requirement remains in place even though mandates for other federal workers have been suspended. The government announced this week that vaccination requirements for international travellers will also be lifted on Saturday.

It was in this context that Conservative Leader Pierre Poilievre this week called on the Liberals to end what he described as the military’s “discriminatory and unscientific vaccine mandate,” though the decision is ultimately up to chief of the defence staff Gen. Wayne Eyre.

On Thursday, Defence Minister Anita Anand voiced support for the mandate as she and other federal ministers briefed Canadians on hurricane recovery efforts in Atlantic Canada.

“It’s a force that must be ready at all times to conduct domestic and international military operations, sometimes in places with limited or no access to specialized medical care, sometimes in very close quarters with their fellow Canadian Armed Forces members,” she said.

Anand did note that Eyre is taking a second look at the requirement after the government lifted its mandates for other federal employees. “Pending this review,” she added, “(Eyre)’s directives remain in effect for CAF members until further notice.”

Exactly when that review may be completed remains a mystery, however.

Defence Department spokesman Daniel Le Bouthillier described the review on Thursday as “a complex issue,” with the military having to “balance medical and legal imperatives, ethical considerations, and operational requirements.”

“The CAF will continue to take a measured approach and make a decision when deemed operationally safe to do so.”

The department first reported that the mandate was being re-examined in June, and a draft copy of a revised vaccine policy obtained by the Ottawa Citizen in July suggested vaccine requirements for military personnel would be lifted.

The draft document, which officials said was not approved by Eyre, said military personnel and new recruits would no longer have to attest to their vaccination status.

The document also noted potential legal difficulties ahead to deal with people who were kicked out of the military because of the vaccine mandate, suggesting they could be forced to apply for re-enrolment.

By contrast, other unvaccinated federal public servants were put on leave without pay but allowed to return to their jobs when the mandate was suspended.

However, Eyre indicated in an interview with The Canadian Press last month that a “tweak” was coming in weeks as he tried to find the “sweet spot” between the military’s medical, legal, operational and ethical requirements.

At the same time, he called the mandate necessary to keep the military ready to respond to any emergency, noting that the force was called upon to assist in hospitals and long-term care facilities in Canada, and that many allies and foreign nations still have mandates.

“We need to maintain our operational viability going forward,” he said. “So over the course of the next number of weeks, we will tweak the policy, we’ll put out something amended.”

A number of serving members have unsuccessfully challenged the mandate in court, while some groups and individuals opposed to vaccine mandates, pandemic lockdowns and the Liberal government have used the military’s continued requirement as a rallying point.