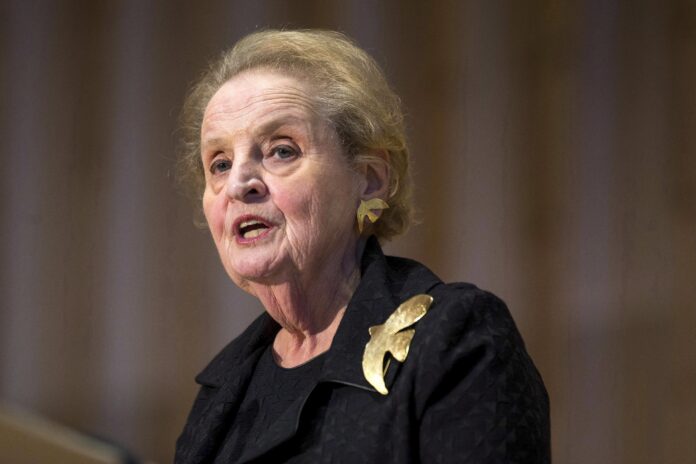 Madeleine Albright, the 64th U.S. Secretary of State passed away on Wednesday, her family has confirmed. She was 84 years old.

Albright, who fled the Nazis as a child in her native Czechoslovakia during World War Two, was the first woman to hold that position.

Albright was a tough-talking diplomat in an administration that hesitated to involve itself in the two biggest foreign policy crises of the 1990s – the genocides in Rwanda and Bosnia-Herzegovina.