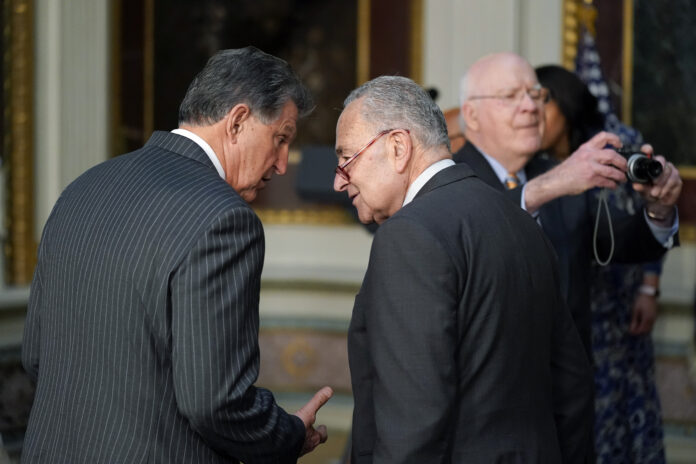 The existential crisis confronting Canada’s automotive industry may finally be over.

Instead, the Senate majority leader and the West Virginia moderate are proposing an amendment to Joe Biden’s climate and health bill that would expand the credits to include all of North America.

To be eligible for the credits, the amendment would also require that vehicle batteries contain a certain percentage of material sourced from U.S. “free trade” partners.

The legislation is still a long way from passing – it’s sure to infuriate Senate Republicans, who will be reluctant to give Democrats a legislative win with midterm elections looming in November.

Manchin is a pivotal vote in the evenly divided Senate, but the bill, expected to reach the Senate floor next week, will still need 60 votes to avoid Republican filibuster tactics.

“I am very pleased to see that our message has been heard and is reflected in the draft legislation,” Kristen Hillman, Canada’s ambassador to the U.S., said in a statement.

Canada has been “relentless” in its efforts to convince Congress and the White House to abandon a plan “that discriminates against Canada and fractures the highly successful integration of our auto sector,” Hillman said.

“We have all brought the facts to the table.”

Just two weeks ago, Schumer and the inflation-and-China-wary Manchin appeared at an impasse over Biden’s climate and health care spending bill, a shrunken version of the ambitious US$2-trillion social spending endeavour known as Build Back Better.

Instead, they stunned official Washington late Wednesday with a US$700-billion agreement that includes a raft of spending measures for climate and energy projects, deficit reduction, prescription drugs and health premiums.

“The investments will be fully paid for by closing tax loopholes on wealthy individuals and corporations,” the senators said in a statement.

“The Inflation Reduction Act of 2022 will make a historic down payment on deficit reduction to fight inflation, invest in domestic energy production and manufacturing, and reduce carbon emissions by roughly 40 per cent by 2030.”

Biden, a self-proclaimed champion of Buy American protectionism and organized labour, originally wanted to save the richest tax incentives for electric vehicles assembled in the U.S. with union workers.

Ever since, the federal government, the Canadian Embassy and stakeholders from across the Canadian auto sector have been lobbying against the plan at every turn.

“This is a great example of how to elevate critical bilateral issues with the Americans and deliver results by focusing on solutions that benefit them,” said Flavio Volpe, president of the Toronto-based Auto Parts Manufacturers’ Association.

That meant illustrating – over and over – the interconnected nature of the cross-border auto sector to drive home a simple point: that incentivizing only U.S.-made EVs would be little more than a self-inflicted shot in the foot.

Every American-made auto manufacturer, to say nothing of the companies that provide parts, materials, tools and equipment, would have felt the pain, Volpe said – and the U.S. would be suddenly without a vital competitive advantage on the global market.

“When the U.S. targets Canadian industrial capacity, especially in electric vehicle production, lawmakers are handicapping their own country’s capacity to compete with China.”