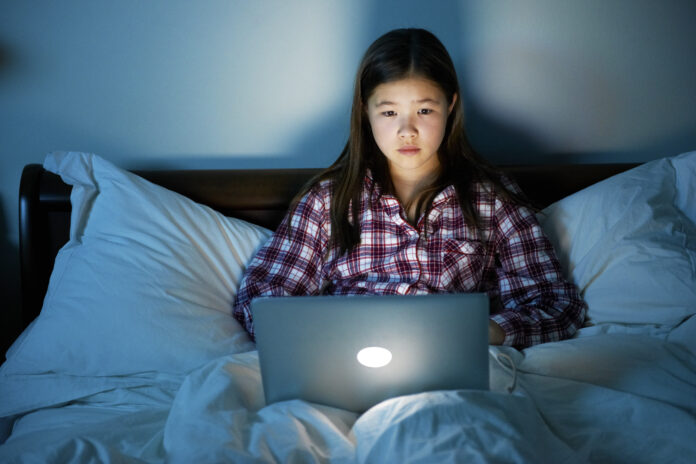 Warning: This story contains descriptions of graphic violence that may be disturbing to some readers. Discretion is advised.

As they swipe through TikTok, more than a million viewers in the last two days have stumbled upon a video showing a woman staring into the camera. The accompanying text says she went to bed on Saturday not knowing what she’d wake up to.

The video continues and the image changes. The same woman is seen in multiple photos that show wounds all over her body — injuries she says she obtained as a result of a mass stabbing in Saskatchewan over the weekend.

Saskatchewan stabbings: Here are the names of all the victims of the tragedy

At least 11 people died in the stabbing, including one of two suspects, and 19 were injured, according to the RCMP. A second suspect remains at large.

“My heart aches for my community,” her caption reads.

“I am so thankful I survived.”

Global News has seen the video but has not independently verified the woman’s story. At the time of publication, the woman had not responded to requests for comment about the video.

However, her video is not unique. In the digital age, footage and photographs of mass killing events such as a shooting at an elementary school in Texas, the Boston Marathon bombing, and a mass shooting at a festival in Las Vegas spread like wildfire across different platforms — and in some cases, researchers say the viewers pay a psychological price.

“The advent of social media has really upped the ante. So now people are being exposed at an unprecedented rate to these kinds of images,” Dr. Alison Holman, a professor at the University of California Irvine who researches collective trauma and media exposure, told Global News in an interview.

There are signs you can watch for as you consume media, she said — and steps you can take if you start to feel the impact of a world where images of beheadings, bomb blasts and bloodshed are just clicks away.

When two gunman stormed a Charlie Hebdo office in Paris in 2015, some onlookers did what many others do in the 21st century: they started recording.

One man managed to capture a devastating scene on film.

On the street just after the newsroom was attacked, one of the gunmen fired on a police officer. After being injured, the officer fell with an arm outstretched to protect himself.

The gunman approached and asked whether the officer intended to kill them. The officer could be heard answering no. They shot him anyway.

The footage was blasted across news networks. That was how Malek Merabet said he learned his brother had been shot in cold blood.

“How dare you take this video and broadcast it? I heard his voice, I recognized him, I saw him being killed and I continue to hear him every day,” Merabet scolded reporters in a press conference, according to The Guardian.

You don’t have to be related to the victims to be traumatized by footage of violence, according to researchers. After seeing ISIS footage of a pilot being burned to death in a locked cage, Holman said a colleague of hers was contacted by a student who was deeply affected.

That student isn’t alone. Repeated studies have found that images and footage of mass traumas can impact viewers — even if they weren’t there.

According to a study Holman co-authored in 2013, “media coverage of collective traumas may trigger psychological distress in individuals outside the directly affected community.”

If someone is repeatedly exposed to trauma-related content, the study found, they are more likely to ruminate on the event and have intrusive thoughts, have their “fear circuitry” activated, and could develop flashbacks.

Constantly thinking about scary and worrying things can also make their heart race, it found, which “could foster the development of stress-related disease.”

Similar findings emerged in a 2017 study that the University of Bradford’s Dr. Pam Ramsden published in the Journal of Depression and Anxiety.

Ramsden found that 20 per cent of her research participants across four clinical studies were “significantly affected by media events” and “scored high on clinical measures of PTSD (Post Traumatic Stress Disorder).

Amid manhunt, a Saskatchewan bowling team reflects on loss and a terrifying close call with Myles Sanderson

The participants, Ramsden noted, had no previous trauma and were not present at the traumatic events — they had just watched them on social media.

There are symptoms people can watch out for that might suggest when it’s time to take a break from scrolling through graphic images or reading the news — at least for a little while, according to Phyllis O’Connor, executive director of the Saskatchewan division of the Canadian Mental Health Association (CMHA).

If you start to feel anxiety, hopelessness or depression as you look at the images, O’Connor said it might be a sign to reach out for help.

“There is absolutely no shame in asking for the help if you’re feeling that this is having a negative effect on you,” O’Connor said.

Anxiety symptoms include feeling restless or on-edge, easily fatigued, irritable and having difficulty concentrating, according to the National Institute on Mental Health. Having a hard time shaking feelings of worry can be a sign too.

Particularly for people with a history of PTSD or trauma, extra care might be wise as they navigate these images, O’Connor added.

4:22Reaching out a big step in processing trauma: Clinical psychologist

Just as some people will have to take more precautions when it comes to these images, not all images have the same level of impact, according to Holman. During her research, she says she noticed that images with a significant amount of blood and gore tend to impact the viewer more heavily.

Most news organizations have ethical guidelines that try to help journalists make the difficult decisions of when to public graphic content — and when warnings are necessary. Both the Niemen and Poynter foundations, which undertake prominent work on journalistic ethics and principles, have repeatedly written about the need to carefully weigh the public interest of publishing graphic content against the negative impact it can have on the reader or viewer.

“The more sort of graphic and gory images were associated with higher levels of post-traumatic stress symptoms three years after 9-11,” Holman explained.

“So the persistence of these negative symptoms over time is associated with too much exposure or more frequent exposure to these images.”

The same held true for images from the Boston Marathon bombing, which took place in 2013 and killed three people.

“What we showed was that exposure to bloody images in particular appeared to be one of the mechanisms by which people who saw things in the media experienced ongoing distress,” Holman said.

The solution here isn’t to stop reading the news or to quit social media altogether, according to Holman and O’Connor.

Rather, individual users should try to limit their exposure to parts of the internet where these kinds of traumatic images can circulate without warnings, they said.

“I don’t say don’t engage with the news. I’d say limit how much time you engage in the news,” Holman explained.

For example, someone with a tendency to be triggered by violence or traumatic images might want to make deliberate efforts not to let curiosity win out when encountering trigger warnings — which are tools most mainstream news outlets use before showing graphic images or videos.

As for social media platforms, however, it can be more difficult to avoid shocking images.

“You can open up a social media app and you do not have a choice to have that image (shown). Those videos can start up on you,” Holman said.

A spokesperson for Meta, which owns Facebook and Instagram, said the company removes content that “glorifies violence or celebrates the suffering or humiliation of others.” It also has the capacity to designate events as “violating,” which is something the company did with the stabbing in Saskatchewan over the weekend.

“We will remove accounts associated with the perpetrators, or any content that praises, supports or represents the attacks or the identified suspects,” the spokesperson said.

YouTube has some wiggle room with respect to its policies so that people can “learn about history or current events,” a spokesperson told Global News.

“Sometimes videos that might otherwise violate our policies may be allowed to stay on YouTube if the content offers a compelling reason with visible context for viewers,” they explained.

“Graphic or controversial footage may be allowed if it’s educational but it may also have age-restrictions or a warning screen.”

TikTok, meanwhile, does “not allow content which promotes or glorifies violence,” a spokesperson said.

“I don’t think, personally, that we’re ever going to be able to be 100 per cent sure that something really horrible doesn’t go out on social media and is seen by a number of people before it gets pulled off it,” O’Connor said.

“They can’t do it. It’s just too immediate.”

It’s a good idea, then, to be vigilant when a mass killing or tragedy occurs. Get the information you need from any given website — and then get out, the researchers said.

“My tip to people is don’t expose yourself to it,” Holman said.

“Don’t repeatedly watch it. Don’t force yourself to watch it.”

Anyone experiencing a mental health crisis is encouraged to use the following resources: