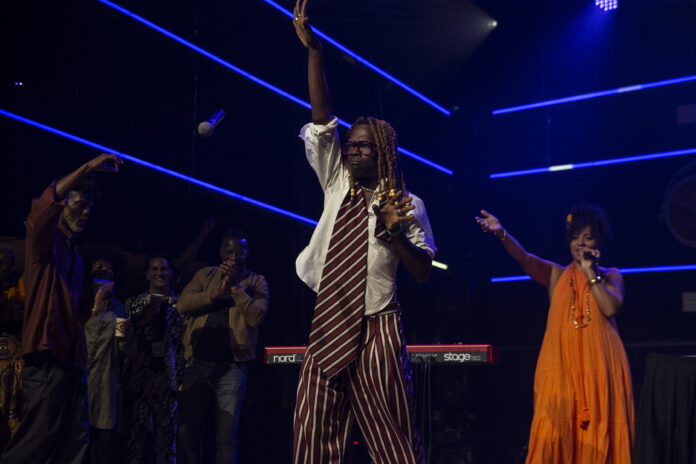 Pierre Kwenders has won the 2022 Polaris Music Prize for his album José Louis and the Paradox Of Love.

The Congolese-Canadian’s third album was selected for the $50,000 prize by an 11-member grand jury that named it best Canadian album of the year based on its artistic merit.

José Louis and the Paradox Of Love blends the dancefloor energy of Afro-Latin beats with influence from the music scene in Kwenders’ home in Montreal.

The Polaris Music Prize is considered one of the country’s most prestigious music awards.

An eclectic group of Canadian musicians were up for this year’s prize, including rapper Shad, Vancouver rock band Destroyer and Rosaireville, N.B.-raised Lisa LeBlanc.